There’s good news and bad news about the ratings success of the Roseanne reboot:

Good news:  By now, even coastal “elites” must be a bit tired of every new show being set in Southern California or, to a lesser extent, New York. Thanks to Hollywood, I feel like I’ve lived in every L.A. neighborhood and worked in every liberal profession. Enough already. We need some shows set in Enid, Oklahoma and Ames, Iowa. Maybe Roseanne will lead to that.

Bad news:  God help us if TV executives decide to shower the nation with heavily religious, “family”-oriented shows. In decades past, Hollywood knew how to make entertaining films that were both wholesome and smart. But just reading the titles of recent religious films on the big screen makes me feel like I’m being lectured.

Bottom line:  Deplorables who are hoping that the success of Roseanne might trigger an outpouring of empathy and understanding from TV types are in for disappointment. I’m afraid that for Hollywood execs to truly grasp the mindset of America’s heartland, they would have to do the one thing they are most loath to do: move there.

Yes, we get that there’s a great deal of public interest in Stormy Daniels right now.

But it’s depressing to see a beloved channel like TCM jump on the bandwagon:

I am liking both AMC’s The Terror (above) and FX’s Trust.  Ancient icebergs are featured in both shows:  Arctic landscapes on The Terror, and Donald Sutherland on Trust.

Marie Osmond has been telling Nutrisystem (weight loss) customers who are “busy” that she’s “been there.” Uh, no, you haven’t. You’ve been filthy rich your entire adult life, and rich people “busy” is not the same as middle-class “busy.” 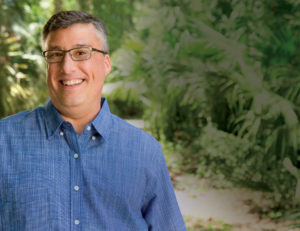 Dear “Mark,” the dude who’s so pleased with himself for quitting smoking in the Chantix commercials:

If you are so concerned about your health, Mark, maybe you should lose some weight. I’m surprised you can even see the menu past that double-chin of yours.

Current events are so dire that when I hear reports that pieces of a Chinese space station could plummet to Earth and crash through the roof of my house this weekend, I consider it trivial entertainment news.