The Missing (above) – I’m only halfway through the second season of this Starz import from Britain, but I’m liking what I’ve seen so far. The plot has some credibility gaps (if your 11-year-old child was abducted and then reappeared 11 years later, wouldn’t you still recognize her?), but overall this is a gripping and clever drama. The constant time-shifting between 2014 and “the present” just adds layers to the suspense. Grade:  A-

Billions  – It’s like watching two snakes battle to the death. You might not care who wins, because the contestants are both repulsive, but it’s fascinating to see them fight. The “snakes” in this Showtime series, of course, are Paul Giamatti and Damian Lewis.  Grade:  B+

I used to think that the Democrats had all of the hotties on their side of the political fence, what with all of their movie stars and music divas. But Fox News continues to put the lie to that notion. Above, some bodacious babe named Madison Gesiotto joins the panel on Red Eye. Below, Gesiotto displays her assets. Eat your heart out, Lena Dunham. 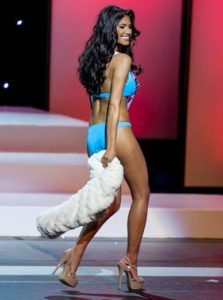 Look at the superlatives for Oscar frontrunner La La Land:

I haven’t seen La La Land, but I don’t believe the hype. Hollywood doesn’t make great movies anymore; the good stuff is all on TV. Plus, Ryan Gosling can’t sing.

If there is a picture in Webster’s next to the term “sore loser,” it would surely be this one: