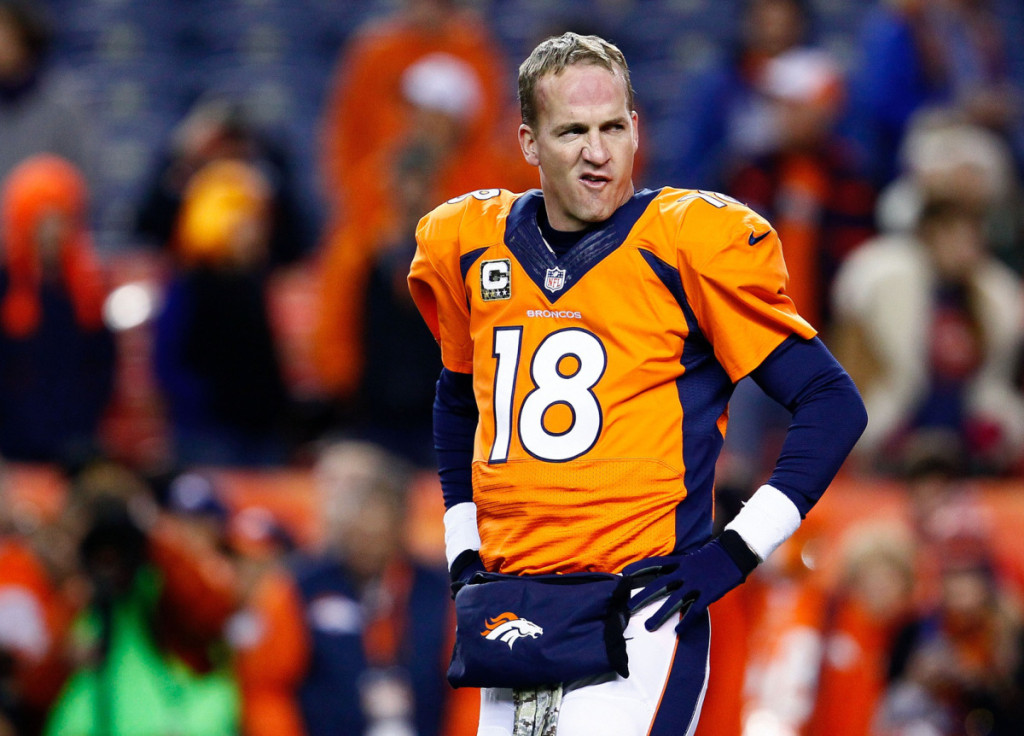 Is Super Jock Peyton Manning a lying sack of shit, an NFL rule breaker and a sexual harasser? Probably. Will we ever learn to stop idolizing our athletic heroes, no matter what they do off the field? Probably not. 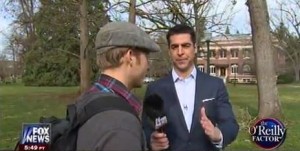 Bill O’Reilly sent Jesse Watters (above) to the University of Oregon to try to make students look foolish with Watters’s man-on-the-street interviews.

(Sound of crickets, to emphasize to viewers how empty-headed this student is)

Once upon a time, The Huffington Post at least made a token effort to appear objective in its “hard news” stories. Nowadays, we get this kind of thing:

Something to consider before you vote for our next president: Whose voice can you stand to listen to for four years, or possibly eight? It’s easy to look away from the TV when some annoying politician is on the air, but it’s often impossible to avoid the sound of his or her voice.

It’s been nearly eight years now, but when I close my eyes, I can still hear the nasal twang of George Bush:  “Some say …” .

“We’re talking one to three inches – not that impressive.” – weather girl Molly Rosenblatt, at left in the picture above, insulting half her audience … or perhaps just me.