I’m only 15 years late to the party, but I finally watched the first season of Larry David’s Curb Your Enthusiasm, and the show is an absolute delight.

It’s a sitcom that your grumpy, Fox-watching, conservative uncle might enjoy. It’s about rich people problems – in other words, not really problems at all – but cantankerous, foot-in-mouth Larry sells every episode. It made me laugh out loud, and sitcoms do not make me laugh out loud.

The Netflix import River is a pretty good cop drama. Stellan Skarsgard plays a detective in London who sees dead people, but don’t let that scare you off. Skarsgard is one talented actor who seems to get better with age.

Aziz Ansari’s Master of None on Netflix reminds me of Inside Amy Schumer. Both shows are clever and topical, but they tend to wallow in political correctness and can be preachy. And yes, I realize that summation makes me sound like your grumpy, Fox-watching, conservative uncle.

Don’t know about you, but I’ve had it with vampires and zombies. On the other hand, I have not yet OD’d on demons. If you haven’t seen Ash vs. Evil Dead on Starz, you’re missing a terrifically entertaining trio of demon hunters in Dana DeLorenzo, Bruce Campbell, and Ray Santiago (left to right below). 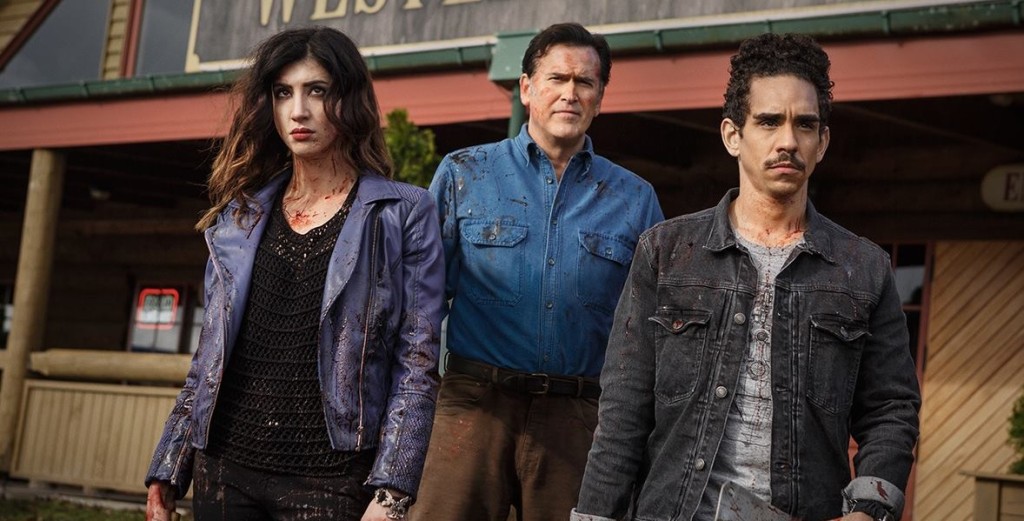 The copycat media falls in love with certain words and just won’t let go. For example, news events are no longer ongoing or developing, they are “fluid.” This week we got a new term of media endearment: “hybrid.”

Philanthropist John Studzinski gave a speech about Talitha Kum, a network of nuns who dress like prostitutes and infiltrate brothels to rescue victims of sex trafficking:

But can we trust a story about sex with a dude named Studzinski and nuns called Talitha Kum? And should the sisters, who trust no one, trust the Trust Women Conference?

The Huffington Post is still looking for a few good proofreaders:

Incidentally, the Netflix-distributed Beasts of No Nation is generating Oscar buzz, but I’m not a big fan of the movie. The problem is that the protagonist is played by a very young actor who, I’m afraid, wasn’t up to the task of carrying an entire film. 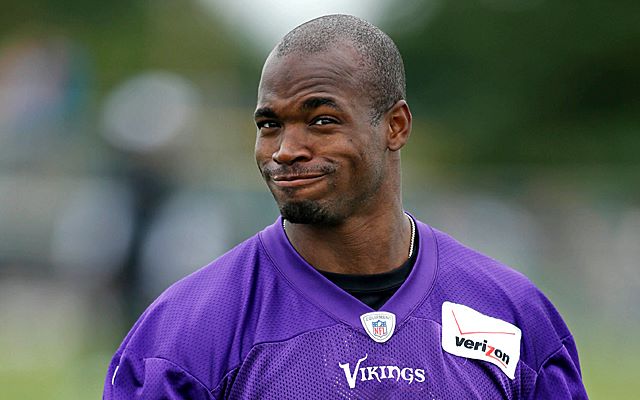 “We have to go out with the mind-set that it’s a dogfight.” – Vikings running back Adrian Peterson, above, explaining how to win games.

Bet he wouldn’t say that if Michael Vick was his quarterback.