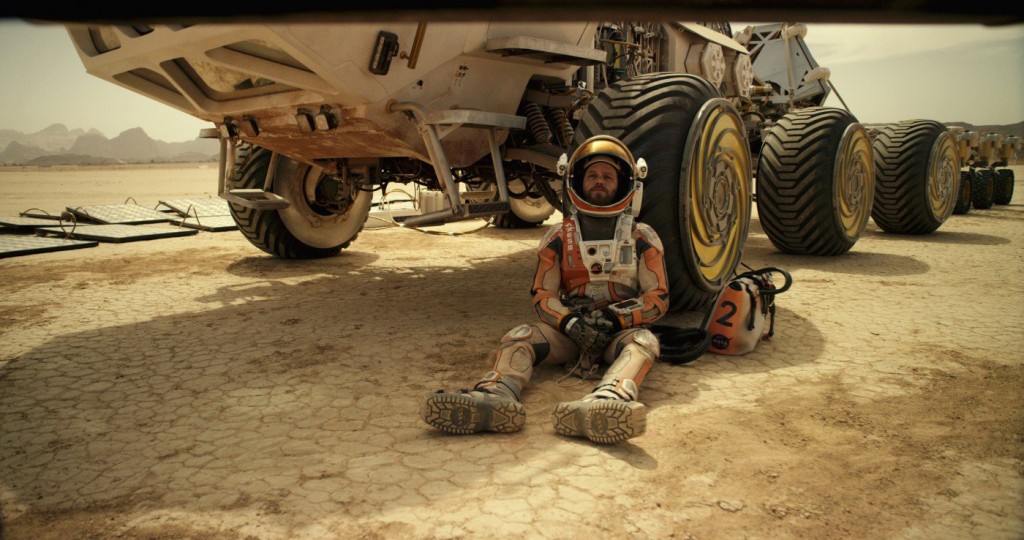 Normally, I’m a sucker for castaway movies, and I’m also a fan of space-travel adventures. That should land me squarely in the target audience for The Martian, especially since I loved the book it’s based on. But my reaction to Ridley Scott’s big-budget science-fiction thriller was … well, it was OK. I guess.

Matt Damon, presumably cast as an astronaut accidentally stranded on Mars because Tom Hanks was too old to play the part, gives an engaging performance. The scenery and special effects are suitably Mars-like. And the screenplay is certainly faithful to Andy Weir’s novel. But my overall impression of the film is lukewarm. Maybe director Scott (Alien, Blade Runner) has simply lost his outer-space mojo. Maybe the problem is the story itself, which is too futuristic to conjure the fact-based drama of Apollo 13, yet too “hard science” to deliver goofy good fun like, say, Robinson Crusoe on Mars. Instead, The Martian resides in a science-fiction no-man’s land:  too pokey and clinical to generate much suspense, too matter-of-fact to be much fun. 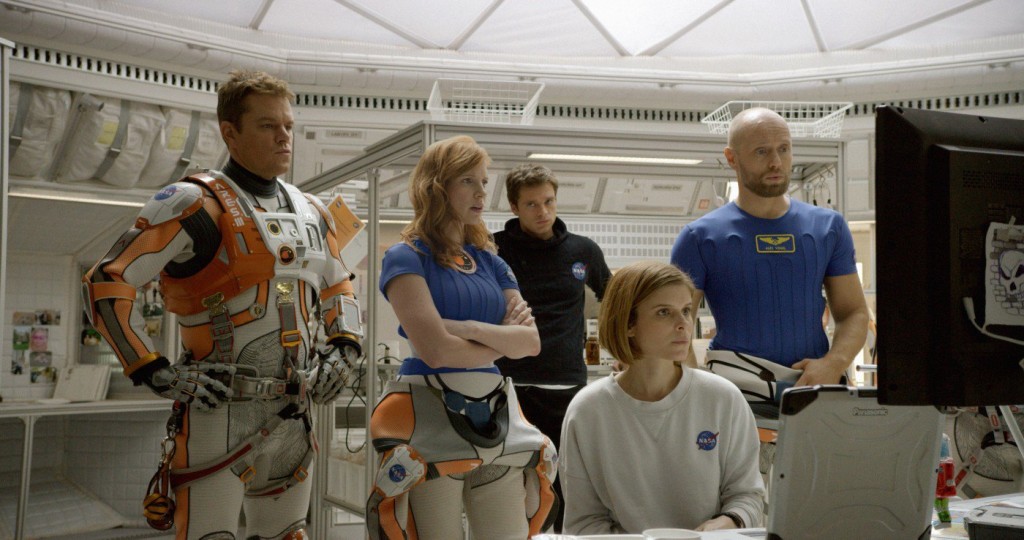 Damon is fine as wise-cracking, marooned Mark Watney, but the mood of his isolation is undermined when the film keeps cutting back to NASA scientists on Earth, who are scrambling to find ways to rescue him. It would be akin to cutting away from Hanks’s lengthy sojourn on his deserted island in Cast Away to scenes of fretting FedEx executives back at mainland headquarters.

Pare back on those NASA scenes — including unnecessary business with big names Jeff Daniels and Kristen Wiig — and you’d have a tighter, more dramatic film.  At 2 hours and 15 minutes, the movie is often like Watney’s tenure on Mars: overlong and occasionally tedious.     Grade: B 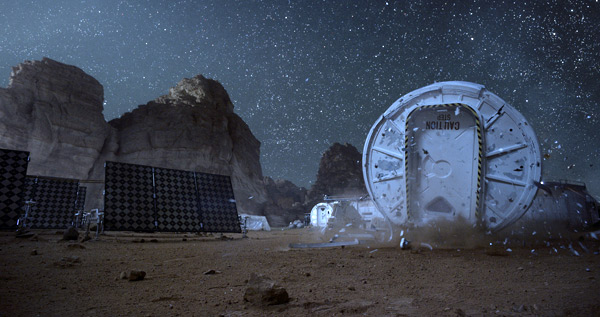 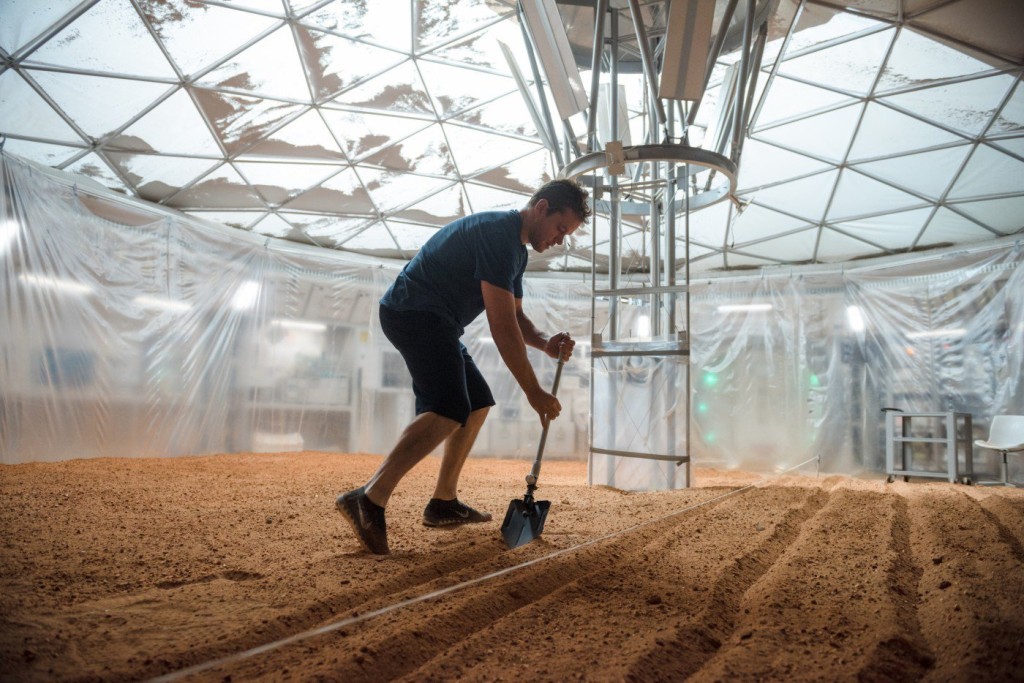 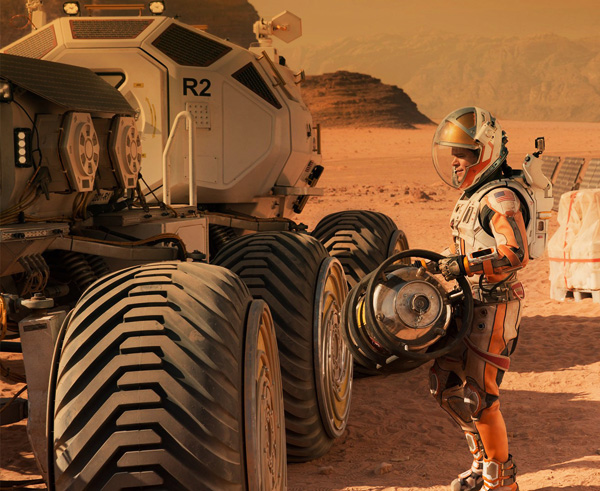 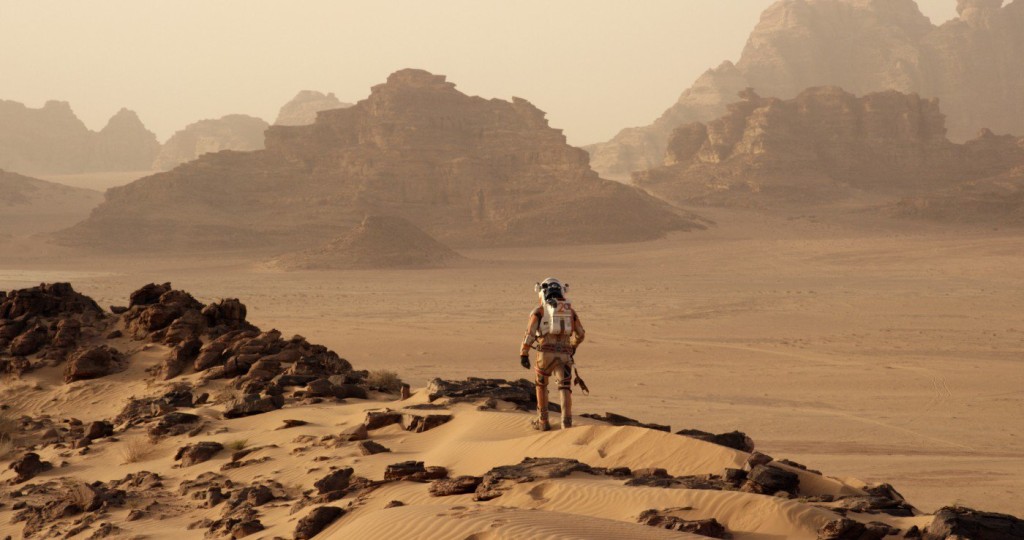