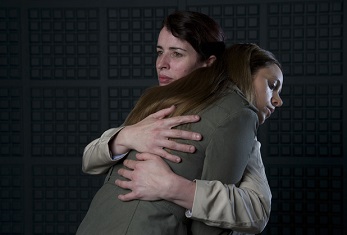 A gripping British drama about a working-class teen who, having driven some friends to a pizza parlor, finds himself on trial for murder after one of those friends fatally stabs a customer. The movie doesn’t hide its real goal: the repeal of England’s “joint enterprise” law, which critics claim targets the poor. I have no idea whether or not the law is just, but Common is genuinely affecting. Release: 2014  Grade: A- 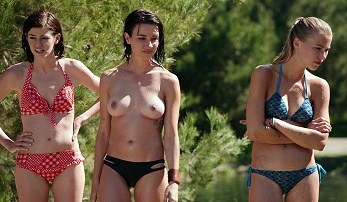 If you dig Troma-style camp, you’ll dig Zombeavers, which follows the Troma formula of sex, stupidity, and low-budget effects as a group of youthful dimwits fight off crazed beavers at a lake cabin. The Good: 1) The beavers are more hand-puppet than CGI; they wouldn’t be as funny if they looked real. 2) Gratuitous nudity; the problem with similar exploitation on SyFy is that SyFy is too timid (or censored) to truly exploit. 3) The runtime is a brisk 77 minutes – although even that might be a bit long. The Bad: 1) A dumb subplot about the bratty young people cheating on each other. 2) They kill the dog. Film School 101: you never, ever kill the dog. Release: 2014 Grade: B- 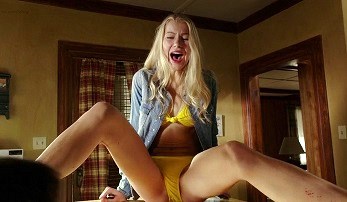