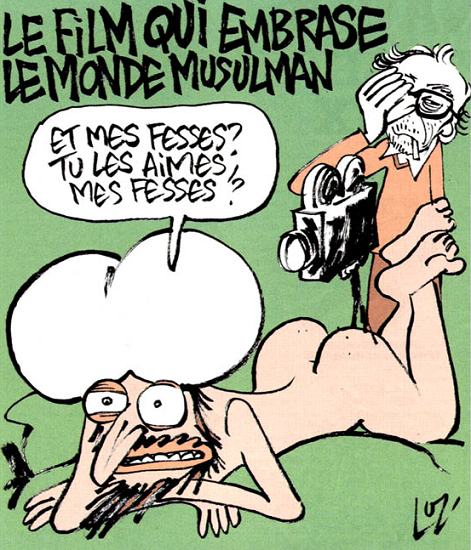 I don’t understand the terrorist mindset.  Seems to me that if you’re going to be outraged by Western media, you might want to direct your anger at art that actually stands a chance of influencing people.

A few years ago, extremists went ballistic over an amateurish video, Innocence of Muslims, that looked like it was produced by Mrs. Spolum’s third-grade students.  Today, we have Kim Jong-un throwing a hissy fit over a piece of Hollywood fluff called The Interview, and French fanatics freaking out over juvenile cartoons published in a magazine nobody’s heard of.

Who could be next on the terrorists’ hit list?  Adam Sandler?

Which dude above is CNN’s gay sex-symbol anchorman, and which dudes are his guests? 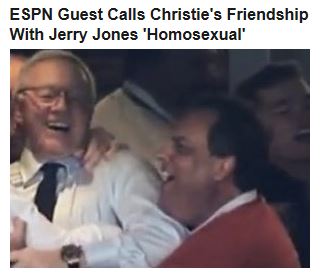 Well, Jones did once tell a national TV audience that Cowboys quarterback Troy Aikman “looks good in the shower.”

Will someone please explain how it is that Boehner can be at his desk smoking a Camel?  Are members of Congress, unlike the rest of us, allowed to smoke cigarettes in public buildings?