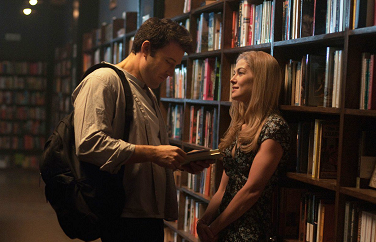 Screenwriter Gillian Flynn’s adaptation of novelist Gillian Flynn’s bestselling book is certainly faithful to the source material, but I don’t see that as such a good thing. Flynn’s twist-filled story – I refuse to call it “clever” because there are so many far-fetched developments – follows the plight of poor Nick Dunne (Ben Affleck), who becomes Suspect A when his wife Amy (Rosamund Pike) goes missing.  Unfortunately, the head-scratching plot holes that marred Flynn’s book are also present in the film.  On the positive side, this is a David Fincher project, and that means silly story or not, the movie is always watchable.  Release:  2014  Grade:  B 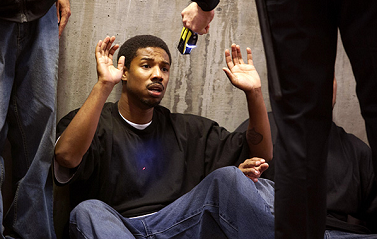 I have no idea how accurately Fruitvale Station depicts the events of New Year’s Day 2009, in which 22-year-old Oscar Grant was slain by police responding to a disturbance at an Oakland train station.  I suspect that the filmmakers put a bit too much sunshine on Grant, portraying him as a young man who was unfailingly kind to strangers, children, dogs, and his mother.  But as a dramatized snapshot of the disconnect between two Americas — black and white, rich and poor, law and lawlessness — Fruitvale is powerful and thought-provoking.  Release:  2013    Grade:  B+

Critics want us to believe that when they sit down to review a film, they can be open-minded and objective.  But we all have expectations, and I’ll admit that mine were low for the notorious comedy, The Interview.  The movie, in which James Franco and Seth Rogen play TV journalists asked to assassinate North Korea’s Kim Jong-un, is actually … not bad.  Not great, but not bad.  A lot of the humor is sophomoric, and a little bit of Franco’s mugging goes a long way with me, but the film looks good, its heart is in the right place, and there are some genuinely funny scenes.   Release:  2014   Grade:  B-