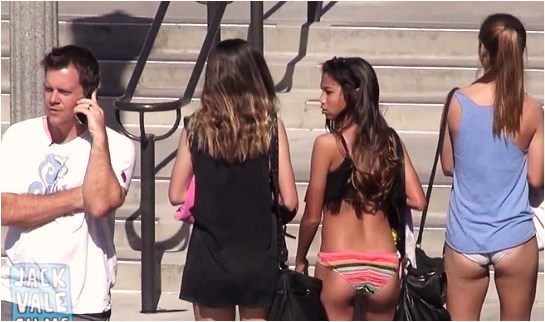 I suppose it’s an indicator that I have mental-health issues, but very few things make me laugh out loud and one of them is the fart-prank video.  I can spend hours watching this kind of tomfoolery on YouTube.

The undisputed King of the Fart Prank has to be Jack Vale.  Jack is the harmless-looking bozo in the white t-shirt in these pictures, in which he is seemingly passing gas — and eliciting angry glares from girls at the beach. 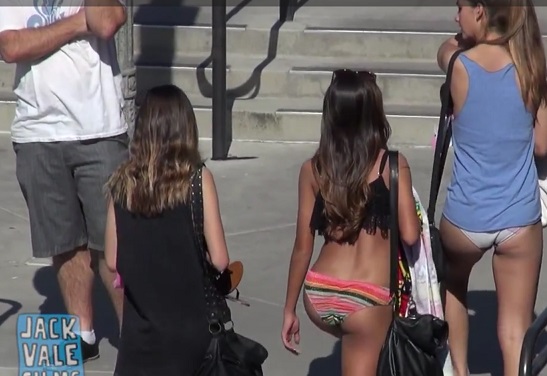 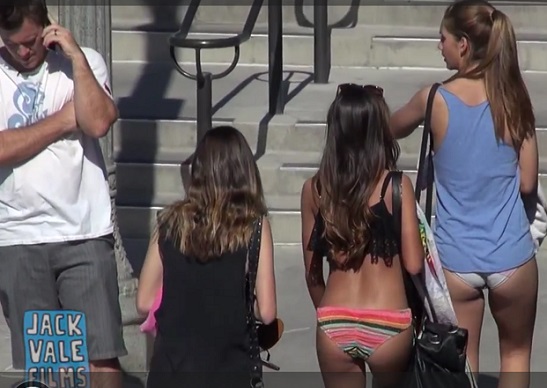 If you, like me, are afflicted with the sense of humor of a ten-year-old, Jack’s videos are highly recommended.

Phrases We Need to Dump:

“She continues on her journey.”

“He moves on to the next chapter of his life.”

This is trite, pretentious drivel.  Also, no one reads books these days; we watch videos.  Rather than, “After much contemplation, Jack continued on his journey and moved on to the next chapter of his life,” I would suggest:  “Jack set the stage for the next scene in his YouTube-driven existence.”

Compared to other sports, baseball has a reputation for being soft.  But I don’t recall seeing pictures like this after mishaps in hockey or football. 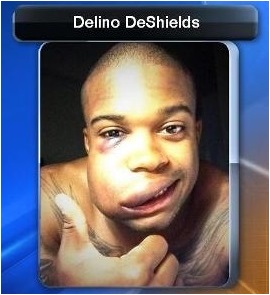 This story appeared on a German Web site.  I was curious, so I used an Internet language translator.

There is going to be a second Smallest Penis in Brooklyn pageant, although you could be forgiven for not grasping that fact from this translation.  Excerpts:

Miley Cyrus is to look as a jury member with an American “show” for the smallest Penis.

With naked skin Miley Cyrus has as well known no problem.  Whether the singer pulled however times again too deeply on her Joint, when she got the offer of the “Smallest Penis Contest” and now seriously considers, probably stands on another sheet.

Brooklyn searched for the smallest best male piece.  Men present themselves with the competition in evening clothes and trunk and show their mini small sausage.

As the organizers communicated now on Twitter … discussion with scandal noodle Miley Cyrus, in order to win her as Jurorin for the competition.  At present the poor Miley Cyrus has anyway different problems.  Completely sadly it twitter from the patient bed:  “I am, where I was the whole week.  In bed.  Crying.  NOT stoned.  Shit!”  Miley lies after a violent allergischen reaction to antibiotics still in the hospital.  Perhaps but the prospect directs it toward the Penis competition.