Yawn.  Now that the late-night audience has fragmented and shrunk, hosting The Tonight Show is no longer such a big deal.

Jimmy Fallon’s a talented guy, but after five minutes of listening to him and Will Smith gush about how wonderful they are, I had to switch channels.  Fallon does a funny monologue, and he shines in skits, but his interviews are often mind-numbingly kiss ass.

The show will be long and feature a hokey, god-awful musical number. 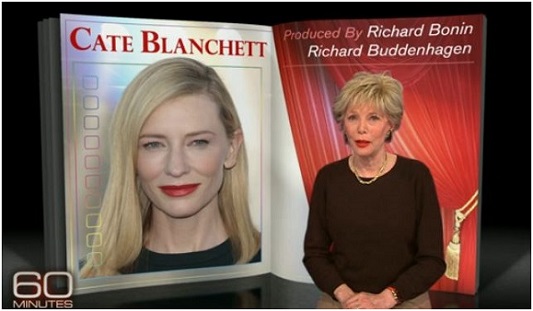 For reasons known only to the ghost of Edward R. Murrow,  60 Minutes continues to do puff pieces on Hollywood actors.  Lesley Stahl interviewed Cate Blanchett, and I learned that Blanchett’s first love is the theater – something I’d never heard from any other film star.  I also learned that she likes to stretch herself as an actress, even though that can involve “risk” – something else I’d never heard from any other actor.  And I learned that Cate loves her children and even brought them to the set of Blue Jasmine.  Fascinating stuff. 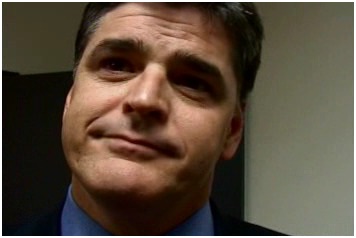 “the upcoming blockbuster movie” – the prophet Hannity, conferring “blockbuster” status on Son of God, a movie that hasn’t even opened.
*****

Some people believe that great writers are born with the talent; others believe it’s an acquired skill.  The Grouch recently discovered the following masterpiece, written when he was but a child of eight years.  Strong evidence, indeed, that literary giants attain that status at an early age: 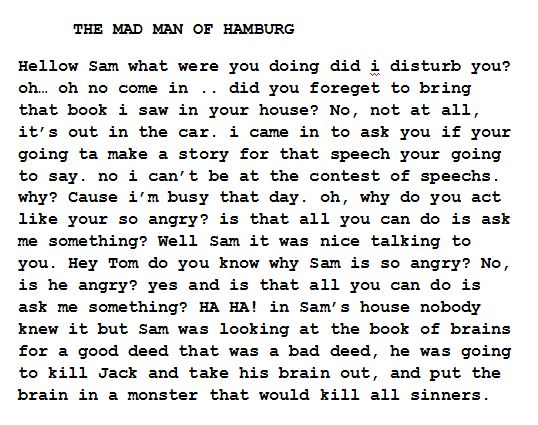