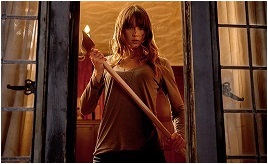 Anyone who subscribes to a movie-streaming service like Netflix can tell you this:  There is no shortage of low-budget horror flicks.  To stand apart, a good chiller must either offer something new (The Blair Witch Project) or excel at generating suspense (anything from director James Wan).  You’re Next, yet another home-invasion story, does neither.  It has decent production values and competent acting, but like too many films in this genre, it substitutes gore for genuine fear and dishes up characters who do unbelievably stupid things.  Release:  2013  Grade:  C- 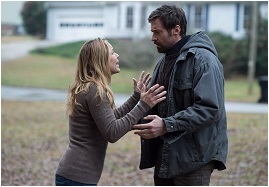 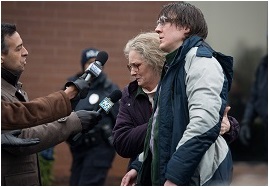 I am imagining a pre-production meeting for Prisoners.  Suit A:  “Excellent story.  Two daughters go missing and we then explore the grief of their families.”  Suit B:  “Sure, but that’s not enough.  Audiences expect thrills, so let’s toss in a convoluted serial-kidnapper angle.  And we need some snakes in the movie.”  Suit C:  “Sounds good, but young people want blood and guts, so let’s include some graphic torture scenes.”  And so we got Prisoners, a good-looking, well-acted production that’s too clever by half and too long by about 30 minutes.  Snakes?  My eyes are still rolling.  Release:  2013  Grade:  B 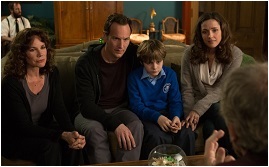 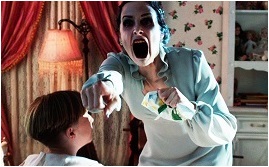 I’ve praised director James Wan (see above), but I’m going to stop doing that because after watching this tepid sequel to Wan’s creepy Insidious, it’s clear that he’s lost his mojo.  Uninspired and clichéd (pianos play themselves; battery-powered toys turn themselves on), Insidious: Chapter 2 finds the Lambert family once again beset by evil spirits — and Wan recycling scare tactics from better chillers, including his own.  Release:  2013  Grade:  C 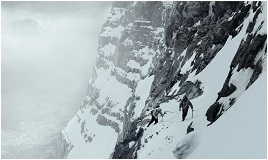 I have no idea how much of this fact-based German film about an ill-fated mountain-climbing expedition involves stunt work, or how much of it is special effects, but the result is hair-raising — especially if you have a fear of heights.  A subplot about Austrian-German loyalty to Hitler in 1936 is distracting, but once the characters begin climbing the mountain … damn.  Release:  2008  Grade:  B+ 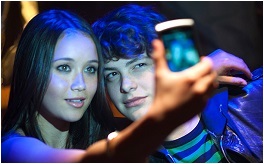 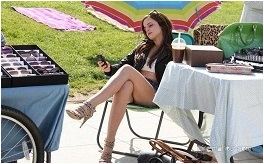 “The Bling Ring,” in case you’ve forgotten, was a band of young Californians who gained notoriety for burglarizing the homes of Hollywood’s rich and famous, including Paris Hilton and Lindsay Lohan.  Sofia Coppola’s film is curiously flat yet watchable.  We observe these vapid young people as they observe (and burgle) their celebrity role models — and none of us learn a thing of value.  Release:  2013  Grade:  B-