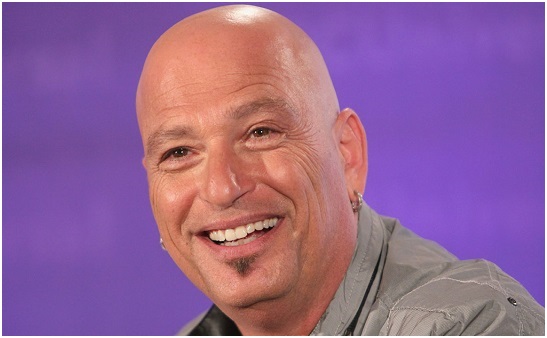 We here at Grouchyeditor join the rest of the media in expressing heartfelt sadness at the passing of Howie Mandel.  Although we never actually watched Deal or No Deal, and we have yet to see an episode of  America’s Got Talent, because it sounds awful, we do understand that Howie was on those shows.

Media reports inform us that Mandel, who suffered from mysophobia, was 95.  We assume that his remains will be hermetically sealed.

Women’s Health magazine has declared that actress Evangeline Lilly is the proud owner of the “Best.  Butt.  Ever.”  Because we are always intrigued by butt journalism, we went looking for corroboration.  We found this: 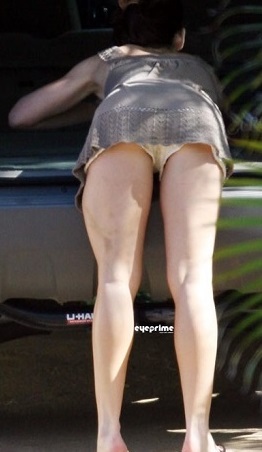 Lots of media hype over the upcoming movie, Anchorman 2.  News anchors already love this movie, and they all seem to believe that they are in on the movie’s joke.  Hate to break it to you, anchors, but you are the joke.

“I gotta put it right in my crotch, where nobody will suspect a bulge.” —  Survivor contestant Tyson, who either has a very high opinion of himself or a very low one, on hiding an “immunity idol” in his shorts. 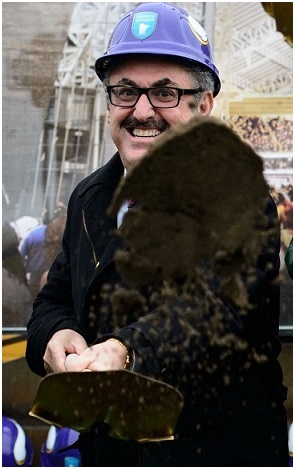 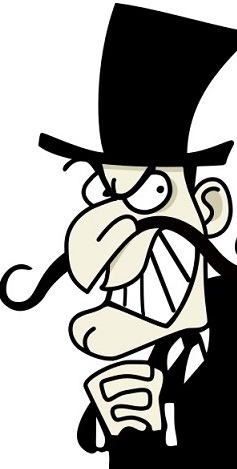 You simply cannot convince me that Vikings owner Zygi Wilf, pictured here breaking ground for his new playpen in Minneapolis, is not, in reality, Snidely Whiplash.

Let me nitpick at Leo Tolstoy.  His two great novels, this one and War and Peace, are simply too damn long.  This is partly because Tolstoy could not resist lengthy, off-plot digressions about the issues of his day (military strategy in Peace; agriculture in Karenina).  Also, in comparing great novelists of the 19th century, I prefer Charles Dickens, whose books feature something that’s rare in Tolstoy:  humor.

I’m done nitpicking.  There is a reason that Anna Karenina is considered one of the best novels of all time.  Tolstoy immerses readers in his characters’ minds and keeps us there.  Don’t think you can relate to a member of 1870s Russian aristocracy?  You will in this book.  Tolstoy’s description of Anna’s descent into madness, culminating at a train station, is one of the most devastating passages I’ve ever read.