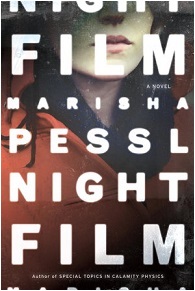 Is it possible that someone at the Random House editorial department has a vendetta against Pessl?  That’s the only explanation I can think of for the bizarre proliferation of italics in her book.  You eventually get used to it, but the infestation of italicized words in every other paragraph is, initially, a major distraction.

In other respects, Pessl’s thriller is a mixed bag.  Her plot is imaginative:  An investigative reporter hunts a mysterious cult-filmmaker named Cordova, whose young daughter kills herself by leaping down an elevator shaft.  But there are stretches of Night Film that are so poorly written – so illogical or overwrought – that at times it resembles an earnest high-school student’s essay for English class.  A typical simile from page 205:  “The woman’s small black eyes swarmed it like flies over a turd.”  I’m not sure why they failed to italicize “turd.”