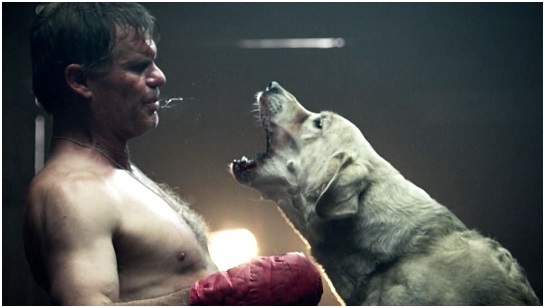 Twenty-six filmmakers from 15 countries were issued a challenge:  Using one letter of the alphabet as a thematic starting point, create a brief, death-oriented “chapter” that would join 25 other short films.  The result is about what you’d expect — a few gems, several busts, and a whole lotta mediocrity.

“D Is for Dogfight” is a pulsating, relentless blast, with no dialogue but visual magnetism to spare.  Director Marcel Sarmiento demonstrates how to use sound, slow-motion, and extreme close-ups to deliver a visceral knockout.  It’s violent, but also unexpectedly poignant.  D is for dynamic.

“X Is for XXL” generates a surprising amount of empathy for its protagonist, an obese middle-aged woman, as it chronicles a typical night for this social sad sack, culminating in a horrific resolution to her problems.  Sissi Duparc is unforgettable, and X is for extraordinary. 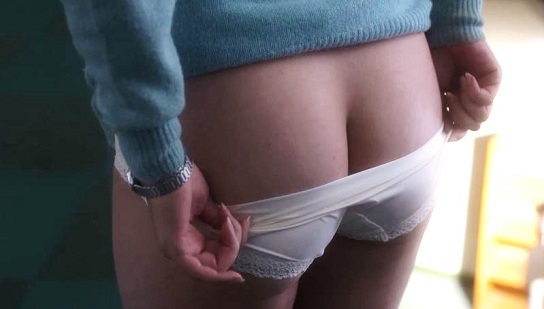 “F Is for Fart.”  Should a filmmaker’s twisted fantasy be considered “art”?  I suppose so, or how else do we explain David Lynch?  “Fart” is certainly memorable, but in the same sense than an overflowing commode is memorable.  A young Japanese girl achieves nirvana with the aid of another woman’s derriere, proving that some directors (and actresses) will do anything for a paycheck.  F is for flunk.

The other entries in ABCs run the gamut from visually striking to more wince-inducing displays of bad taste.  Often really bad taste.  I’m not sure that I’d want to be stuck in an elevator with some of these filmmakers. 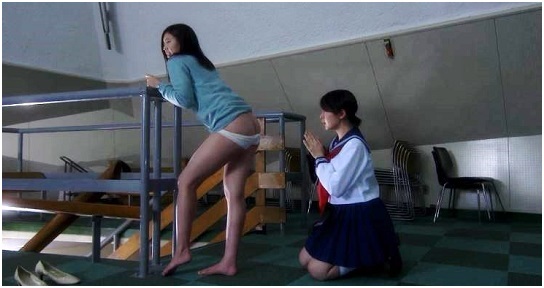