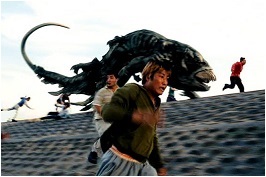 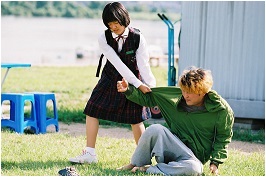 Maybe it’s a case of cultural bias on my part, but I thought The Host, South Korean director Bong Joon-ho’s homage to 1950s monster-from-hell B movies, was a strange brew of slapstick comedy and serious, environmental commentary.  But I also thought that the story, in which a polluted river gives birth to an ill-tempered beast, was non-stop entertaining.  Release:  2006  Grade:  B+