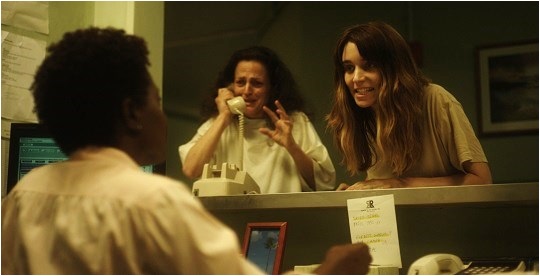 Filmmaker Steven Soderbergh has been making noise about retiring.  He’s said he wants to devote more time to his painting.  I’m not at all sure that this should be cause for alarm in Hollywood.  I haven’t seen every film in Soderbergh’s oeuvre but, of those I have seen, I haven’t been impressed since 2000’s Erin Brockovich.

Side Effects, Soderbergh’s alleged theatrical-film swan song, is the kind of psychological thriller that was catnip for directors like Alfred Hitchcock and Brian De Palma.  It has a fast-moving, twist-filled plot and pretty actors playing pretty characters.  With Hitchcock or De Palma at the helm, Side Effects would be embellished with flashy camerawork and a dramatic musical score.  With Soderbergh behind the camera, the movie resembles a paint-by-the-numbers docudrama.  The story cries out for razzle-dazzle:  What we want is a movie movie; what we get is an interesting but pedestrian mystery.

Rooney Mara of The Girl with the Dragon Tattoo plays Emily, whose husband (Channing Tatum) has been imprisoned for insider trading.  When he is released from jail, Emily goes to psychiatrist Dr. Banks (Jude Law) for help with depression.  Banks prescribes medication that is still in a testing stage, and tragedy ensues.  But like a drug-fueled hallucination, nothing is quite what it seems in this story.

In today’s Hollywood, if a movie succeeds, it’s often in spite of a weak script.  Talented directors and actors have rescued many a third-rate screenplay.  When a good script does come along, it’s a crime to waste it on someone like the coasting Soderbergh, with his sterile, workmanlike approach.  Let’s buy the man a paintbrush and get on with things.       Grade:  B 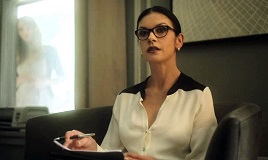 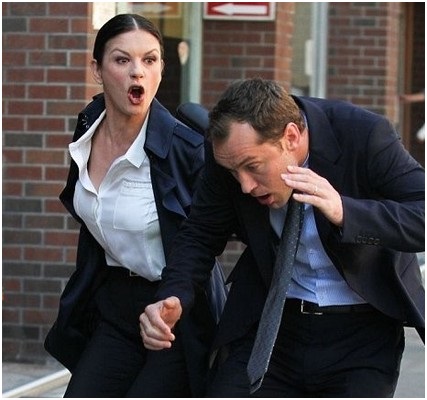