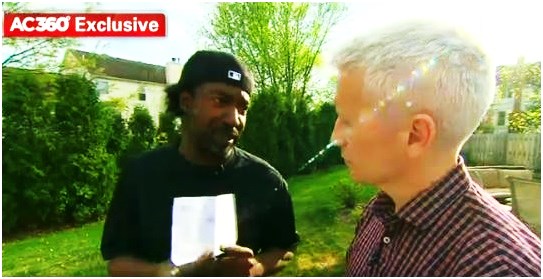 Video of the Week:

Charles Ramsey showing his dishwashing paycheck to CNN’s Anderson Cooper, who was born with a very clean silver spoon in his mouth. 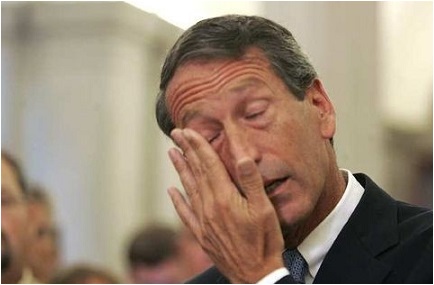 “Why are we so obsessed with this case?” — Piers Morgan on Wednesday, voicing the same dumb question that journalists ask every time there’s a sensational trial.

Yeah, yeah, yeah, the Jodi Arias trial had sex, religion, and violence.  But I think another reason we tune in is because it’s a great opportunity to watch people lie under oath.  That means we get to exercise our bullshit detectors.

Arias, for example, whom everyone describes as a great liar, seems to have been anything but, because she kept getting busted.  A better liar was “good boy” Travis Alexander, the Mormon motivational speaker who had lots of people fooled about his kinky sex life.  And then there was the procession of expert witnesses, some of whom were either very stupid or expert liars. 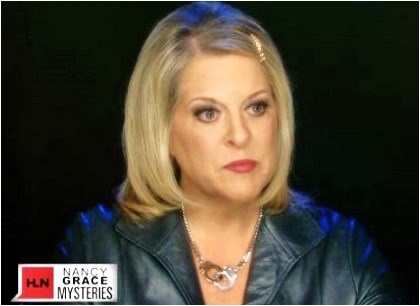 My favorite liar is HLN’s Nancy Grace (above), who is always out for blood and yet ready at a moment’s notice to shed crocodile tears for victims’ families.  I wouldn’t be surprised if Arias chose a Fox News affiliate for her post-conviction interview as one final “fuck you” to HLN and Grace.

Pretty amusing to watch Bill O’Reilly and his pals continue to fume over the public’s lack of interest in the Benghazi incident.  Bill can’t seem to grasp that many of us are still waiting to see someone punished for the lies and cover-ups that led us into Iraq.  Thousands died in Iraq; four died in Benghazi.  Understand, Bill?

We saw live footage of astronauts doing a spacewalk at the International Space Station.  The video was grainy and choppy, like what you see on local news when robbers invade your neighborhood convenience store.

I will never understand how we can land robots on Mars and propel capsules beyond the solar system, yet these spacewalk videos still look like something your Uncle Stan shot at Sally June’s birthday party.