I suppose a psychologist can explain the link between humor and horror, and why so many of us seek a mix of the two in our movies.  Why, for example, did we want Abbott and Costello to meet Frankenstein?  I can’t answer that, but I do know that my favorite parts of the Evil Dead films come when bug-eyed Bruce Campbell ventures into slapstick, Looney Tunes territory.

So what a treat it is to discover Dead End, a bottom-of-the-Walmart-bin gem from 2003.  With all of the cheesy, low-budget horror out there, how does a good one like this escape notice? 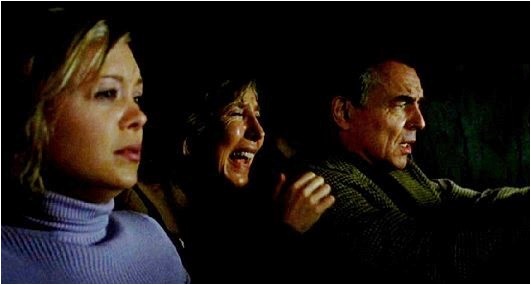 If you haven’t seen it, and I’m guessing not many people have, the story is this:  The Harringtons, composed of all-American mom, dad, son Richard, and daughter Marion, along with Marion’s boyfriend Brad, are on a Christmas Eve road trip to grandmother’s house — or so they think.  In reality, or perhaps unreality, they are on a road trip to hell.  Things begin to go sour when dad stops to offer a lift to a “lady in white,” an ethereal blonde with a baby who is inexplicably wandering the woods. 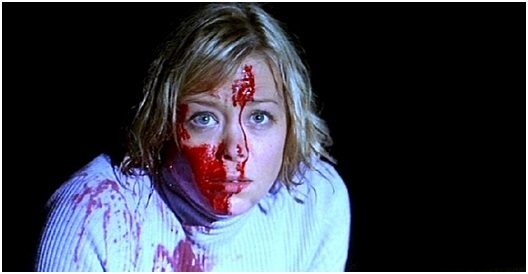 The plot does veer into horror-film cliché, but Dead End’s wit and comic performances — especially by Ray Wise and Lin Shaye as the bickering, hapless parents — are priceless.  It’s inspired lunacy, what you might get if the Bundys from Married … With Children showed up in The Texas Chainsaw Massacre.            Grade:  A- 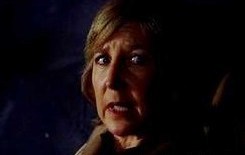 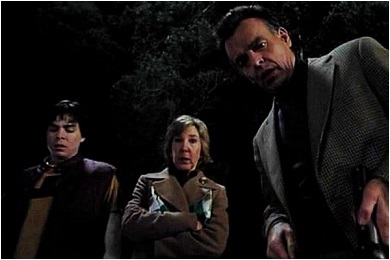 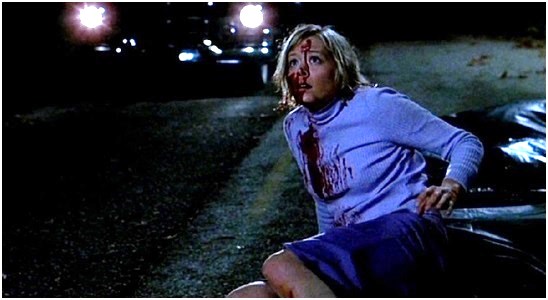