Why Some People Question the “Reality” of Reality TV

“We have to keep this quiet.” — girl to boy she is kissing … while television cameras film their “private” moment on the premiere of MTV’s Buckwild (cast pictured above).

Downton Abbey (below) is back, and that’s prompted lots of critical essays about why viewers are attracted to this stuffy-but-entertaining series.  Here is my theory:  It’s the anti-Buckwild.

Attentive readers might have noticed that there was no “Free Flick of the Week” on Monday.

We’re closing the balcony on free movies for several reasons:  1)  It’s become a pain to locate no-fee films worth watching, because many previously free movies have been gobbled up by Amazon, Hulu Plus, et al, and saddled with viewing fees; 2)  Ad-free films, once commonplace on the Web, are increasingly rare; 3) Does anyone really need help finding movies on the Internet?  Nah, we didn’t think so.  So rest in peace, “Free Flicks of the Week.”

“Are we living in a Women’s Studies class?” — Tom Shillue on Red Eye, expressing his outrage over feminist outrage over Brent Musburger’s outrageous comments about the precious wallflower pictured below.

“I think you’d probably win in the Supreme Court on that.  But I don’t think anyone can predict for sure.” — Jeffrey Toobin, wisely hedging his bets on Piers Morgan Tonight.  If I didn’t know better, I’d say that Jeffrey might have recently made a bad prediction.  About, for example, the Supreme Court and health care.

“We’re living in tough economic times that make people irrational about security ….  There’s a lot of fear in this country.  And a lot of it is fear of the future and fear of unemployment.” — Arianna Huffington, who contributes to the well-being and security of writers on her Web site by paying them … nothing.

“Any sleep medication has the potential to cause drowsiness, and people really need to think about this.” — Jon LaPook (above) on the CBS Evening News, taking “stating the obvious” to new heights.  Or is it new lows?

“I wouldn’t tell Jesus anything.  I would ask a few questions, and then listen to him.” — O’Reilly again, explaining to a viewer how he would conduct himself at dinner with the Messiah.  I don’t believe a word of it.  O’Reilly would listen briefly, then interrupt Jesus and begin yelling at him.

The scariest part of American Horror Story?  This face, which appears in a flash during the opening credits: 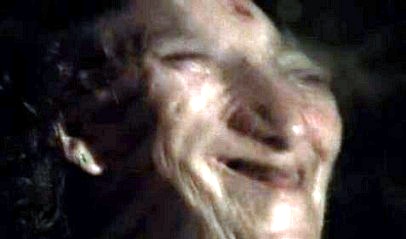 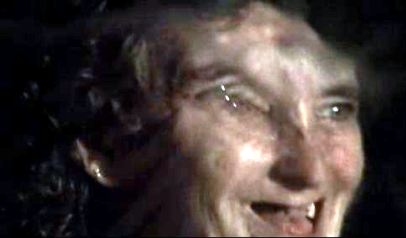 I complained to the manager at my neighborhood supermarket because I had to walk past this picture at the magazine rack.  If stores have to hide cigarettes, they should certainly be required to hide this sort of thing.