Arabesque is one of those entertaining blasts from the past that gets little respect.  Riding the ’60s wave of James Bond-inspired romps, it seems to fit the definition of “second best”:  It was director Stanley Donen’s second spy thriller, after Charade, and how could Donen be expected to top that?  Its male star, Gregory Peck, was a bit long in the tooth to be darting through dark alleys and wooing sexy femme fatales (in 1966, Peck was 50; by contrast, James Bond portrayer Sean Connery was just 35).  And its female lead, Sophia Loren, was … OK, I take it back, because there was nothing “second best” about Loren. 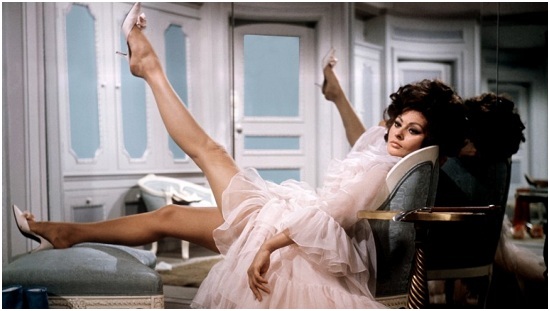 1)  The teaming of Peck and Loren.  Peck was probably miscast as a flip Oxford professor — his drug-addled bicycle ride on a busy London highway is more bizarre than thrilling — and Loren seems more interested in her Dior wardrobe than in the movie itself, but they both exude star power, and their sense of fun is contagious. 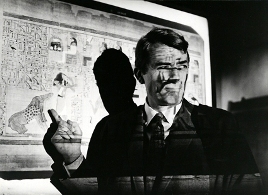 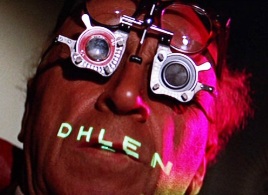 2)  The score by Henry Mancini.  Was there a better film composer working in the 1960s?  Think of the Pink Panther films, or any Blake Edwards drama, and it’s impossible not to also think of Mancini’s catchy theme music.

3)  Arabesque’s plot is complicated:  Professor Peck gets ensnarled with warring Arabs who are desperately trying to decode some hieroglyphics.  But the plot is just there to service more important elements, like the Peck-Loren pairing, ’60s-cool London locations, and a string of madcap chase scenes. 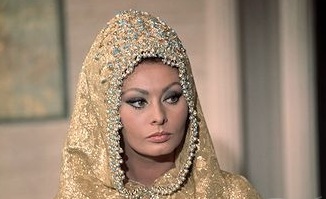 And finally, if 55-year-old Cary Grant could scamper over Mount Rushmore in North by Northwest, why shouldn’t 50-year-old Gregory Peck ride a bicycle?      Grade:  B+ 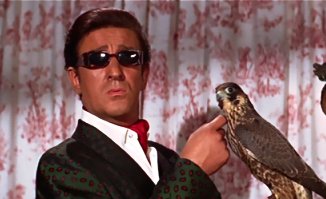 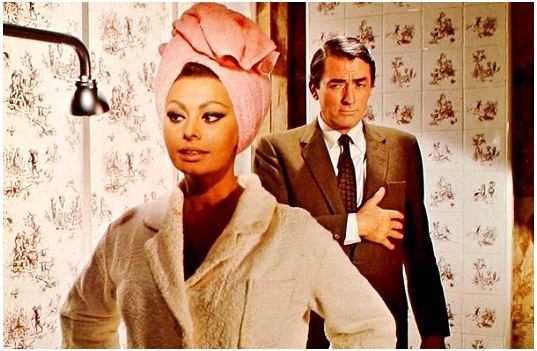 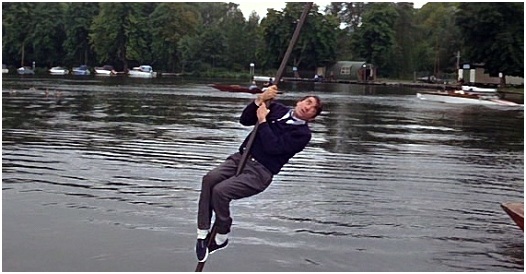 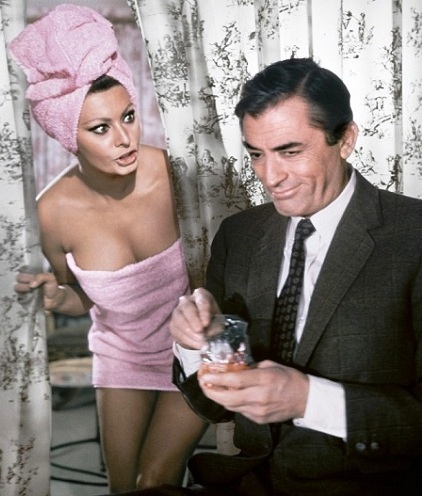