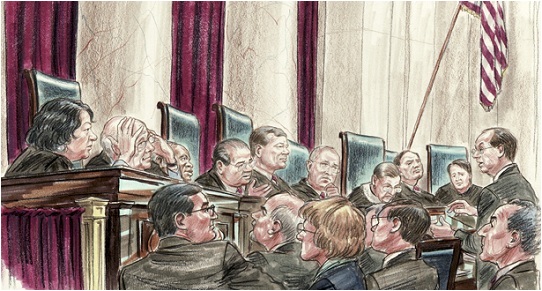 I tuned in Thursday for the Supreme Court’s big decision on Obamacare.  Little did I know, Aaron Sorkin had written scripts for all three of the cable-news networks. 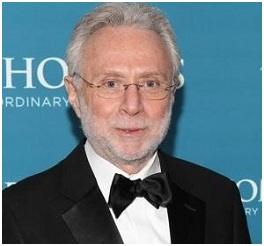 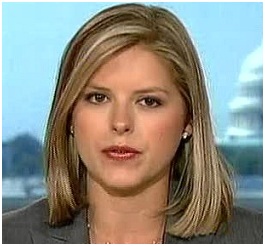 9:10 —  CNN’s Kate Bolduan (above right) reported that the Supremes had struck down the act’s individual mandate.  Wolf Blitzer (above left) said that this was a tremendous blow for Obama.

9:10 — I flipped over to MSNBC, where the anchor was announcing a huge victory for Obama.   I flipped back to CNN.

Bolduan:  “So it appears as if the Supreme Court justices have struck down the individual mandate, the centerpiece of the health care legislation.”

Blitzer:  “What a setback … for the president, for the Democrats, those who supported this health care law.”

Not to be outdone by CNN, Fox News also screwed up the story — but in a fair and balanced way.

Thursday afternoon — Jeffrey Toobin (above) made excuses for CNN’s boner:  “Five minutes into Chief Justice Roberts’s opinion, [if] you would have asked anyone in that room whether this law was going to be held unconstitutional, I think we all would have said yes.”

Toobin must have been busy watching baseball on his laptop again, because no one at MSNBC said “yes.”

But MSNBC was hardly exempt from brain farts.  Chuck Todd (above) on Friday posed this question to Tom Brokaw:  “The legacy of  John Roberts now, will it always be this decision?  Until, of course, the next big decision?”

Meanwhile, over at HLN …

Certified lunatic Nancy Grace on Tuesday not once, but twice told viewers that a man had thrown his wife out of a car “on a high-speed Internet.”

That kind of thing never happens with dial-up. 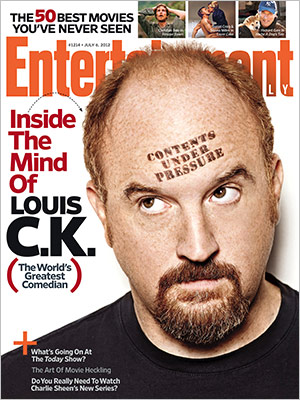 I’ve pouted that Entertainment Weekly doesn’t seem to care about me.  The magazine’s covers seem designed for gays, women, and teens, not necessarily in that order.  But not this week.  With Howard Stern (America’s Got Talent) and Charlie Sheen (Anger Management) both selling out to crap TV shows, at least we boorish, heterosexual males have one hero left (above).

Contrary Opinion of the Week

There’s always at least one issue that pits me against 99.9 percent of the population.  This week, it’s the country’s over-the-top support for 68-year-old Karen Klein (above), the school-bus monitor who was harassed by teenage boys.  Yes, the boys’ behavior was inexcusable, and yes, they should be punished.  But if your job title is “school-bus monitor,” shouldn’t you be able to do a bit more than sit there like a bump on a log when the kids go nuts?