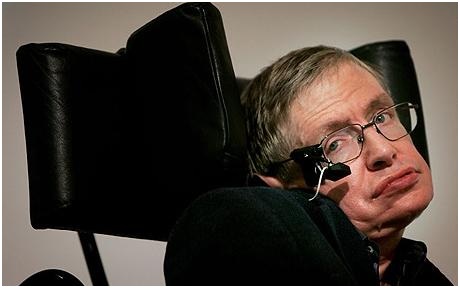 I was in the mood for something fun and uplifting, like an astronomy show with lots of cool outer-space pictures.  So I tuned in Into the Universe with Stephen Hawking.  At the conclusion of the episode, Hawking announced that there is no God, no happy afterlife.

I watched a second episode.  At the end, Hawking said that there likely are aliens in space, but we’d better hope that they stay far away from us because they are probably aggressive and nasty and might try to exterminate us and gobble up our resources.

I turned off the television.  I was reminded of some dialogue snarled by James Brolin in The Amityville Horror:  “Don’t you have any GOOD news?” 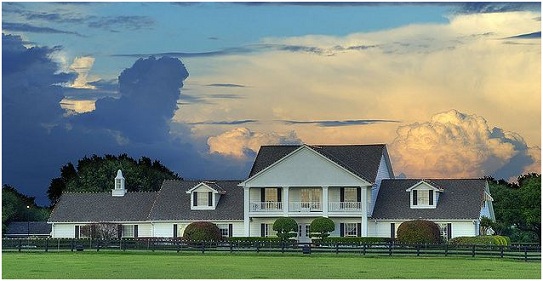 Piers Morgan interviewed the cast of TNT’s Dallas reboot.  Piers pointed out that during the original show’s run, viewers all over the world wanted to move to Dallas and get rich.

I moved to Dallas in 1980, during the height of the first series’s popularity.  I did not get rich.  I did, however, make one late-night drunken visit to Southfork.  A buddy and I hopped the Southfork fence, tip-toed over grass toward the famous ranch house … and were chased off the premises by an angry, barking dog.  There is a lesson, somewhere, in that story. 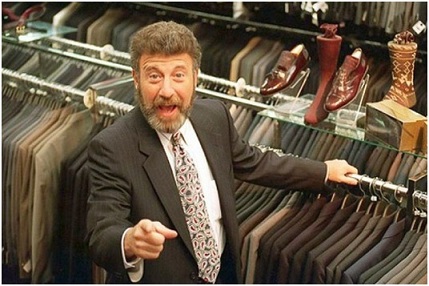 Gripe 1:  Gravel-voiced George Zimmer (above) touting his stores in Men’s Wearhouse commercials.  Zimmer, apparently too cheap to hire professional advertising talent, is hell-bent on driving me nuts with his raspy, grating plugs.  If I ever run into him on the street, I will yank his beard and throttle him.  I guarantee it.

Gripe 2:  Those indecipherable “crawls” on the bottom of TV screens.  Cable news has them.  Baseball games have them.  Networks seem to believe that everyone owns a high-def, big-screen television.  If you don’t, good luck reading the tiny print.

Gripe 3:  I tried to watch Game 2 of the NBA finals but was reminded why I no longer watch much basketball.  Pro basketball is the only major sport that intentionally and consistently ruins the suspense of a game’s final moments by allowing an onslaught of timeouts — and therefore commercials — at the end of the game.  Tie game with 5 seconds to go?  Plenty of time for a Toyota commercial.  Or two. 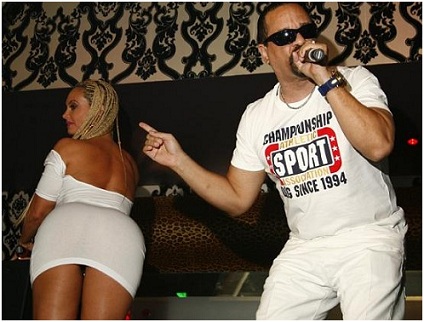 Bonehead Quote of the Week:

“If it wasn’t for rap [music], white people wouldn’t have been so open to vote for somebody like Barack Obama.” — Rapper Ice-T, pictured above with his wife’s ass, on The Today Show

That’s news to me.  I voted for Obama, but if I thought he was planning to replace “Hail to the Chief” with some rap crap, I would have left the country.