I don’t know about you, but when I board a rollercoaster, the real thrills don’t come from the car’s frenzied drops and loops.  I get my chills earlier, during the ascent as the train ominously clicks, wheezes, and grinds its way to the highest point.  The anticipation, or dread, of what’s about to happen — that’s the best part.

I can’t think of a better analogy than a nail-biting coaster climb to describe Ti West’s directorial style.  West, whose low budget The House of the Devil was surprisingly effective, knows how to turn the screws of suspense.  The Innkeepers, West’s new haunted-hotel movie, doesn’t provide many payoffs to his screw-tightening, but when the jolts do come, they’re nasty.

Sara Paxton stars as Claire, a young woman stuck in a dead-end job at the Yankee Pedlar, a 19th-century hotel preparing to lock its doors after one more weekend of business.  Claire shares hotel duties with fellow slacker Luke (Pat Healy), a nerdish cynic who relieves boredom at the front desk by working on his passion, a Web site devoted to the paranormal.  The only other (apparent) inhabitants of the Yankee Pedlar are a mother and her child, and a sharp-tongued actress (Kelly McGillis) in town for a speaking engagement.

Not much happens in the first hour of The Innkeepers, which is both a good thing and a bad thing.  It’s good because, unlike so many “young-people-in-peril” flicks, in this one we get to know our two heroes and, also unlike the youngsters in so many horror movies, they are actually worth knowing.  Paxton, especially, is adorable as awkward tomboy Claire, who must summon her reserves of courage.  (It’s curious that no matter how many chillers we see with “No! — Don’t go into that room!” scenes, they still work in the hands of a skilled director.)  There is also an amusing bit involving Claire, a leaky garbage bag, and a dumpster.  It has absolutely nothing to do with ghosts or the plot, but it’s priceless, one of the best scenes in the film.

The movie does take a long time to deliver the goods.  The characters, likeable as they are, can’t carry a full hour of thin material.  But for what it is — a small movie intent on delivering shivers — it’s a nice ride.       Grade:  B 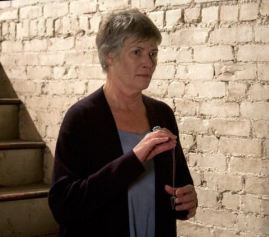 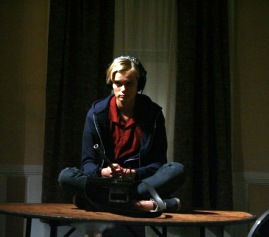 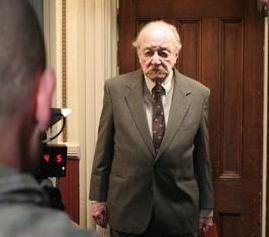 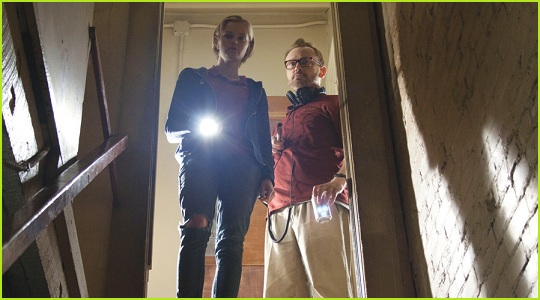