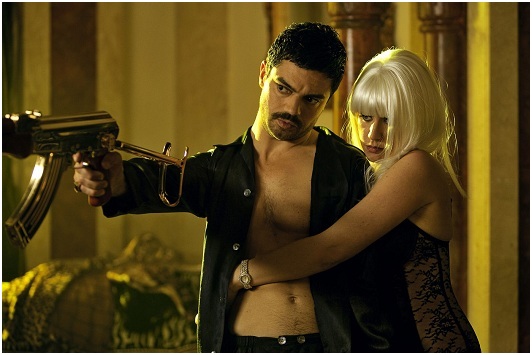 The Devil’s Double has been called the “Scarface of Arabia,” comparing it to the ultra-violent Brian De Palma film, but that’s giving the Devil too much due.

Scarface worked largely because Tony Montana was a fascinating character; Al Pacino’s Cuban gangster had goals, and he would do anything to attain them.  Montana was an immigrant pursuing his warped twist on the American Dream.  The bad guy in Devil’s Double, a spoiled psychopath based on Saddam Hussein’s eldest son Uday, also has goals, but they are base, childish, and ultimately uninteresting. Uday wanted instant gratification, and if that meant rape, torture, or murder, then so be it.

Uday rants, giggles, and satisfies his wicked desires, including the assault of schoolgirls and killing of his enemies.  But unlike Tony Montana, Uday had no real power — that remained with father Saddam.  Uday was Caligula without an empire.

This film is based on an autobiography by Latif Yahia, an Iraqi who was (allegedly) forced to act as Uday’s body double in the late 1980s.  Dominic Cooper plays both Uday and Latif and, although Cooper does a credible job differentiating between the two men, the script doesn’t offer a whole lot of depth to either character.

Cooper’s Uday has a high-pitched voice and manic mannerisms which at times border on the comical.  Not a good thing in a movie of this nature.  He plays Yahia, by contrast, with a laid-back demeanor and a permanently pained expression.

There is much violence in The Devil’s Double, if that’s your cup of tea.  I found it difficult to care about all of the mayhem on screen because I cared so little about the characters.         Grade:  C 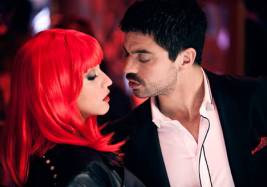 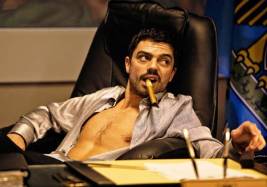 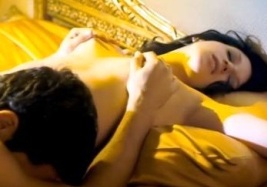