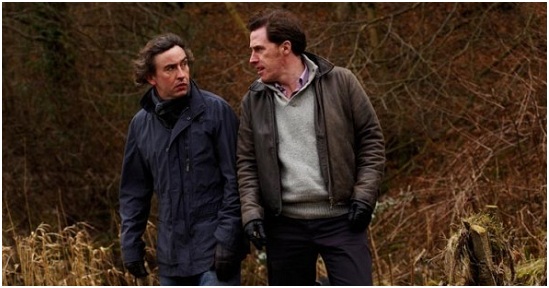 The critics seem to love this road comedy – so why didn’t I?  There was only one thing I could do:  I had to make The Trip twice.

On my first viewing, I thought the film’s British humor might have whizzed past me because comedy does not always travel well.  Or maybe I simply had trouble deciphering the actors’ heavy accents.  For whatever reason, I was not particularly taken with this two-hour expansion of a popular English television series.

Steve Coogan and Rob Brydon play fictionalized versions of themselves, two moderately successful actors.  Coogan is the insecure playboy, and Brydon is the contented family man.   After his latest girlfriend splits, Coogan invites sort-of pal Brydon to join him on an excursion to the north of England, expenses paid by a magazine for which Coogan, hopefully, will write an article about the culinary delights found at country inns.

The two aging performers do much of their communicating – too much of it – through celebrity impersonations.  Amusing at first, this kind of repartee can grow tiresome.  Somewhere after the fifth or sixth such scene, I vowed never again to watch a Michael Caine movie.

But the critics loved this film.  So I watched it a second time and — surprise! —  it seemed much better.  The constant barrage of movie-star mimicry became less irksome.  I began to soak in the beautiful northern England landscapes, and to salivate at the sight of golden scallops soaked in butter.

The Trip grew on me mostly because Coogan and Brydon grew on me.  Much of the screenplay’s wit stems from the way these two decidedly heterosexual males interact.  They can discuss “soft” topics like Coleridge’s poetry and gourmet dining only if they also come with a side of competition, a dash of homophobia, and a bit more competition.

But there was still too much yakking, even on my second viewing.  The Trip is at its best when it stops long enough for some introspection – primarily by Coogan, who is confronted with his past (a woman with whom he once had a one-night stand – or so he thinks), his present (is Brydon’s dull-yet-happy home life a better way to live?) and his future (an old bore who ensnares him on a rock-climbing expedition; is it Coogan’s destiny to wind up like this old coot?). 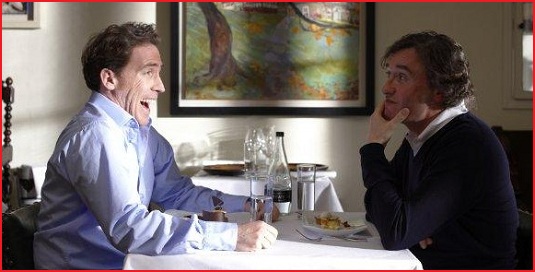 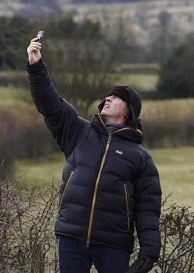 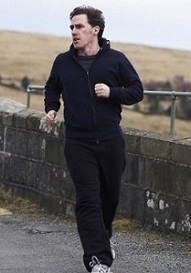 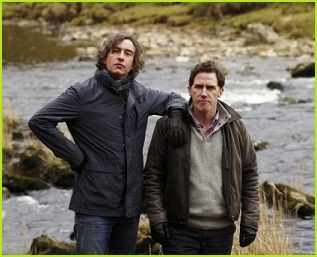