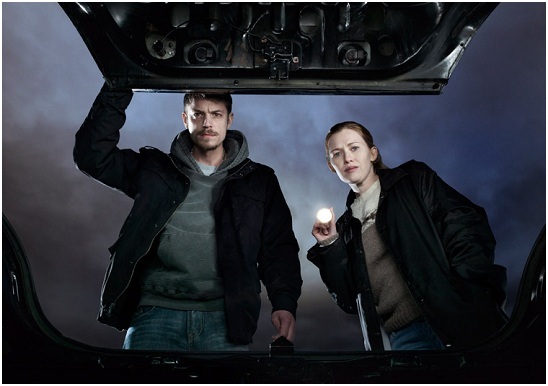 I am finally ready to kiss and make up with AMC.  We dissolved our relationship about ten years ago – mostly due to AMC’s unfaithfulness – but the network has done a lot of growing up, and I dislike holding a grudge.  But first, some history:

In the 1980s and 1990s – long before TCM was even a twinkle in Ted Turner’s eye – American Movie Classics was a cinephile’s delight, an oasis of uncut, unedited, commercial-free movies from Hollywood’s “golden age.”  On no other channel could you find 1944’s The Uninvited, blessedly free of interruptions for vitamin sales, or Ilsa’s dramatic parting from Rick, sans “a brief pause for a word from our sponsor.”  I was in love with AMC.

And then in 2002 AMC did the unthinkable, dumping its subscriber-based format and leaping into the ad-fueled TV cesspool.  At first, like a suspicious lipstick stain on its collar, just a few commercials appeared on AMC.  But then there were more, and more, and more ….

AMC began airing what it called “classics” from the 1990s and 2000s.  All of them were hacked to pieces and censored for content.  In other words, AMC was feeding us the same ad-driven drivel that we got on every other channel.  This was a betrayal of film buffs, an unforgivable sin.  I had to leave AMC.

So when the cable channel’s Mad Men began to generate buzz several years ago, I ignored it.  I was pouting, playing hard-to-get.  I did watch the first season of Breaking Bad and, grudgingly, I had to admit it was a pretty good show.  But now, with the recent additions of Rubicon (already cancelled; but hey, relationship recovery always has a few bumps), The Walking Dead, and The Killing … all is, at long last, forgiven.  Give us a kiss, AMC.

Rubicon:  This was an intelligent, well-acted puzzler about analysts at a CIA-like think tank.  The short-lived series eschewed car chases, shoot-‘em-ups, and sex.  So need I explain why it tanked in the ratings?  It’s too bad, though, because James Badge Dale was an intriguing leading man, and the supporting cast – especially Michael Cristofer as the sputtering, truculent head of the think tank – was superb.  But there were too many scenes set around a table in a conference room, and not much comic relief.  Who wants to be reminded of work?     Grade:  B+ 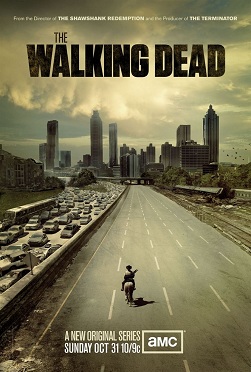 The Walking Dead:  Of AMC’s new series, this one is the least mainstream and the most likely to be sustained by a “cult” following.  I mean, it’s a show about zombies, for crying out loud.  And yet, often it isn’t about the crumbling cadavers.  Blood, gore and ghoulish gallopers are mostly in the background, an ominous ambience to the real drama, which is about a group of bickering, bantering, all-too-human survivors.  Grade:  B

The Killing:  The jury is still out on this most-recent AMC series, but I like what I’ve seen in the first three episodes.  Seattle, of all places, has never seemed so atmospheric, bringing to mind 1940s film noir as cops Mireille Enos and Joel Kinnaman try to solve the murder of a teenage girl.  As with Rubicon and The Walking Dead, this series draws you in because – imagine it! – someone at AMC must really believe in the network’s slogan: “story matters.”     Grade:  B+