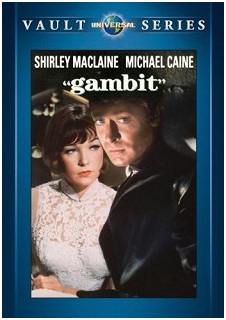 Hollywood scuttlebutt (I love that word, let me say it again … scuttlebutt) has it that the Coen brothers have written the screenplay for a remake of the 1966 comic caper, Gambit.  I am ashamed to admit that I have not seen the original, which starred Shirley MacLaine and Michael Caine.  But Leonard Maltin calls it “great fun,” and he’s never wrong, is he?  If the new version gets made, it won’t open until next year, so in the meantime, watch the original for free by clicking here.