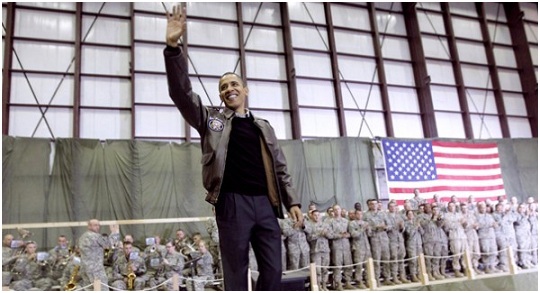 I am concerned about our country’s military preparedness.  It seems our troops are forever being surprised by President Obama.  You might think, with all of the hoopla that generally accompanies a president, our troops might become a bit suspicious when he gets near their neighborhood.  How on Earth will they ever be ready for an actual invasion if they are constantly caught with their pants down by the commander in chief? 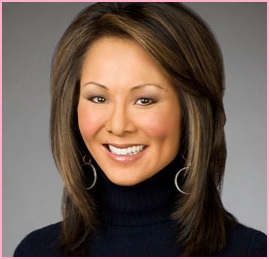 I have mixed feelings about the furor over Alina Cho’s interview with the notorious Lorena (Bobbitt) Gallo.  Cho is on the chopping block for asking Gallo, “I wonder after all of these years, are you finally able to laugh about it?”  “It,” of course, being the night in 1993 that Gallo severed her husband’s penis.

I remember the Bobbitt incident, and most people at the time were laughing about it.  On Halloween of that year, I dressed in a cowboy hat and blood-stained pants (“John Wayne” Bobbitt — get it?), and my ex dressed as Lorena, complete with bloody kitchen knife and a Vienna-sausage necklace.

However … the jokers on Fox’s Red Eye had a good point when they asked if it would be considered so humorous had Cho asked Chris Brown if he was “finally able to laugh” about pummeling Rihanna. 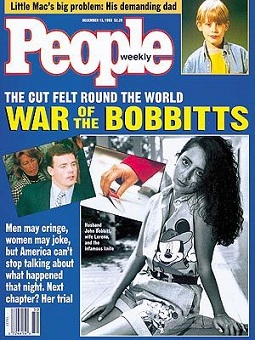