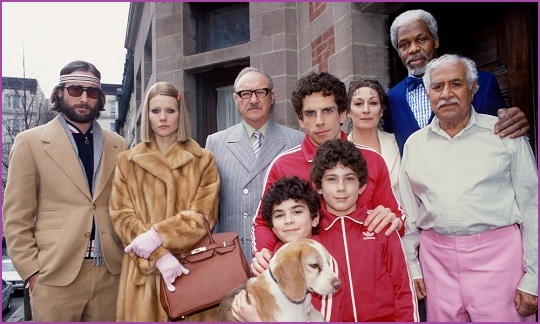 “Quirky” is a style that can be tough to pull off.  When a filmmaker sets the right tone, the result can be delightful.  Ghost World got it right.  So did Wonder Boys – it had a story to tell, but what lingers are its off-the-wall attitude and images:  Michael Douglas in a ratty bathrobe, stoned out of his skull; a dead dog in a trunk; a police car rolling down a hill.

The Royal Tenenbaums aims for quirky, and it’s certainly packed with offbeat characters, but with one notable exception, it falls flat.  That exception will come as no surprise.  The venerable Gene Hackman, as family patriarch Royal Tenenbaum, is as usual a joy to behold.  Hackman’s aging father, befuddled and estranged from his brilliant-but-odd New York family, might (or might not) have cancer and a short time to live.  Having squandered his fortune and happy home life, Royal decides to attempt a family reconciliation.

This is where Tenenbaums misses the mark.  Although the Tenenbaum children are certainly eccentric, there is nothing remotely sympathetic about them.  Gwyneth Paltrow, as adopted “rebel” and erstwhile dramatist Margot, and Luke Wilson, as her ex-jock brother Richie, are presented as star-crossed lovers.  But the two of them sleepwalk through the movie in a morose condition straight out of Night of the Living Dead.  It would seem more of a kindness to drive a stake through their aching hearts than to place rings on their fingers.

Ben Stiller plays what – unfortunately for him – Ben Stiller plays extremely well: annoying.  His Chas Tenenbaum is a widower with two young boys and a gigantic chip on his shoulder.  If I were his estranged father, I would take one look at this obnoxious offspring and bolt for warmer climes.  Chas’s transformation at the end of the movie is utterly unconvincing – in fact, Tenenbaums’s entire happy ending is absurd.

There is lovably eccentric, and then there is irritatingly eccentric.  Offbeat is not always funny, and the road not taken does not always lead to wisdom.  Tenenbaums is a near miss in the realm of quirky, but a miss it certainly is.          Grade:  C- 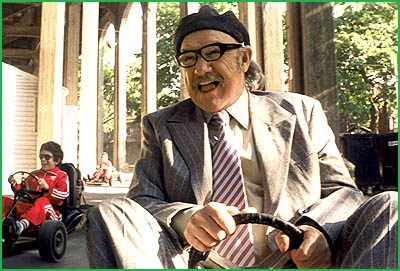 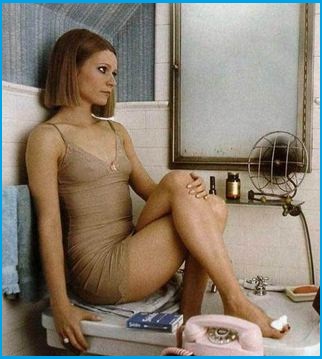