Tiny Furniture is like an e-mail you receive from your 22-year-old niece.  You laugh at her misadventures, shake your head over her latest choice of a boyfriend, and worry just a bit about her future.  It’s an amusing and charming e-mail, but she has no earthshaking news, and by the next day you’ve forgotten all about it.

Tiny Furniture creator Lena Dunham is being anointed the next “it” girl by some critics, heralded as a filmmaker with a bright future.  Dunham shot her movie on a shoestring budget in her real family’s Manhattan loft, and enlisted friends and family members to play pivotal roles in what, I assume, is a more-than-slightly autobiographical film.

Dunham directed, wrote, and stars in the film as Aura, a recent college grad who returns to her mother’s home to little fanfare, and proceeds to struggle with men, old friends, work and, mostly, an apparently unsympathetic mother and a self-centered younger sister.  Aura is no pampered product of the new millennium; she’s a friendly, funny, and smart cookie cast adrift in that messy thing called adulthood.

It’s been a long time since I graduated from college (even longer since I was a young woman), so I’m going to go out on a limb and suggest that young women will relate to Aura’s heartbreak and frustrations much more than I did.  But I also believe that exceptional movies transcend gender, reaching out to both sexes and all ages.  Tiny Furniture doesn’t do that.  Its dramatics might be profoundly relevant to my 22-year-old niece – but not really to anyone else.        Grade:  B 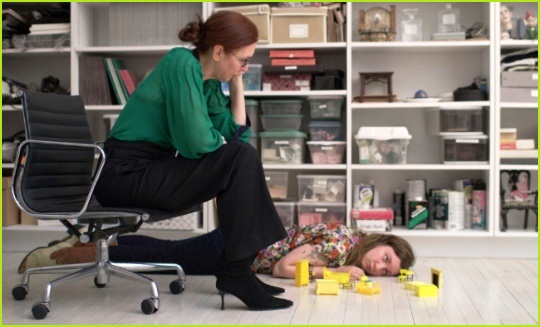 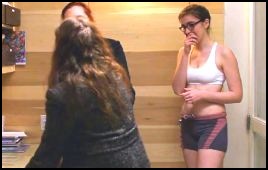 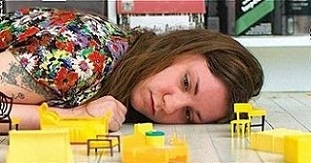