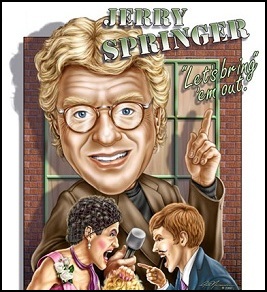 There is something to be said for having low credibility.  Cases in point:  Jerry Springer and Dick Morris.  I watch a lot of cable news, too much really, and it gets old listening to the same talking heads as they blather on about this or that.  But Springer and Morris, both of whom are considered jokes by a lot of people, understand that they have little to lose by speaking their minds — and they do so, most entertainingly.

Quote of the Week:  “There’s a four-letter word in there.” — Fox anchor Megyn Kelly issuing a viewer “warning” before showing a clip of Joy Behar calling Republican candidate Sharron Angle a “bitch” (count the letters).

I can’t be the only one who finds this bedbug infestation in New York City hilarious. 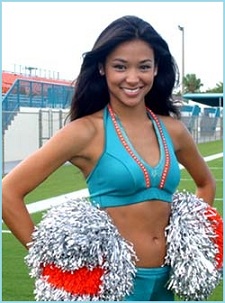 Job I Want:  Cameraman for CBS’ Survivor.  This week, the boys showed off their cinematographic skills by focusing on contestant Brenda Lowe (above and below). 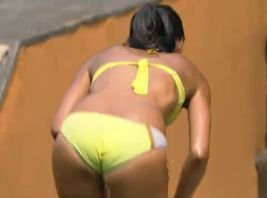 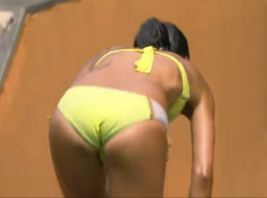