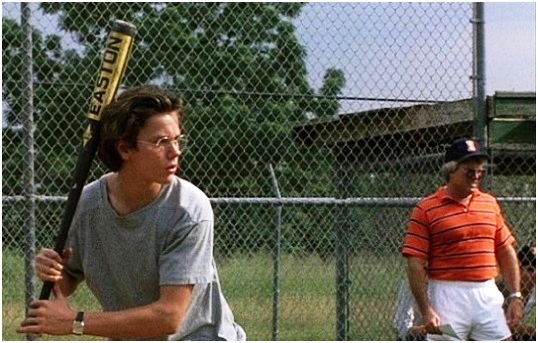 You know me.  I’m a tough guy – right?  I’m the kind of macho jerk who cracks a smile when Leonardo DiCaprio sinks down to Davy Jones’s Locker at the end of Titanic.  If someone mentions to me that Meryl Streep dies in a film, I’m thinking, “Good.  Let’s go see it.  I’m in the mood for a comedy.”  And yet here is this 1988 drama called Running on Empty – about a piano-playing kid who prefers Beethoven to baseball, for crying out loud – and the damned thing gets to me.  I mean, it really gets to me.

It’s hard to pinpoint what makes this movie so emotionally powerful.  No major character dies.  No one gets cancer.  The dog doesn’t expire (although it does get abandoned) and, in one sense, the film has a happy ending.

Director Sidney Lumet’s film is about a family of four on the run from the FBI.  Back in the ‘60s, mother and father (Christine Lahti and Judd Hirsch) were radical anti-war protestors, and in one foolish escapade, they planted a bomb that went off and accidentally blinded a janitor.  Since then, they have been on the lam, moving with their two sons (River Phoenix and Jonas Abry) from one small town to another, aided by an underground network of sympathizers.  The story is reportedly inspired by recent newsmaker William Ayers and the Weather Underground, but politics is not at the heart of this film; family is.

Lumet is no ordinary director, and the Oscar-nominated script by Naomi Foner keeps it simple, with plenty of “small” moments.  There aren’t many swelling-violin scenes, there are no car chases, just a series of touching vignettes.  But damn, some of those scenes are wrenching.  And the acting?  Forget about it.  There is one exchange between Lahti and Steven Hill, who plays her father, that had me … oh, never mind.  I’m a tough guy, dammit.        Grade:  A 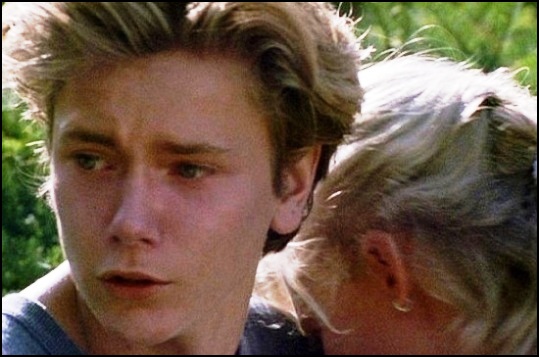 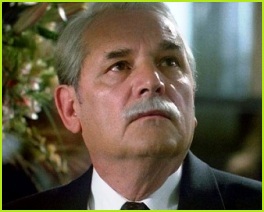 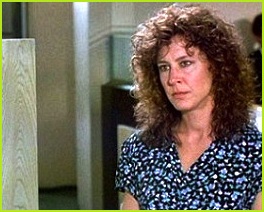 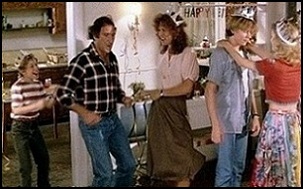