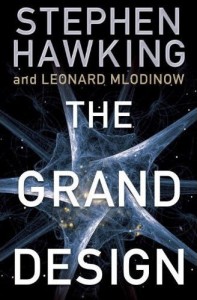 I miss Carl Sagan.  Perhaps the late, great scientist-teacher was simplistic – even condescending – to laymen when he described scientific concepts, but at least Sagan’s message got through.  The Grand Design, famed physicist Stephen Hawking’s latest attempt to dumb down physics for the general reader, has the same problems as did Hawking’s A Brief History of Time:  dense mathematical formulas and language that only future Einsteins could love (and comprehend).

Hawking and his co-author seem to understand that multiverses and string theory are difficult to grasp, so they compensate in the worst possible manner.  After particularly complex passages about numerical formulas or mind-bending worlds, they will toss in a lame pun, basically downgrading from doctorate lecture to show-and-tell time for the kiddies.  It’s insulting and annoying.  There are fascinating concepts at play in this book; it’s just too bad that the geniuses behind them aren’t skilled in basic communication.  Sagan – whatever alternate universe you are in – please come back.  Science needs you.