Free Flick of the Week: “Peggy Sue Got Married” 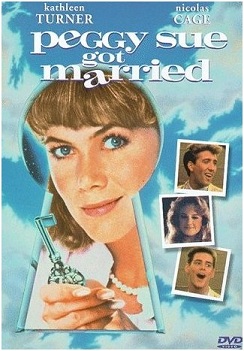 Once upon a time, Kathleen Turner was a big Hollywood star, Nicolas Cage appeared in interesting movies, Jim Carrey was a bit player, and Francis Ford Coppola was out to prove he could do more than make tough-guy movies.  The result was Peggy Sue Got Married, a nostalgic, touching film in which Turner’s title character travels back in time to high school.  Watch it for free by clicking here.