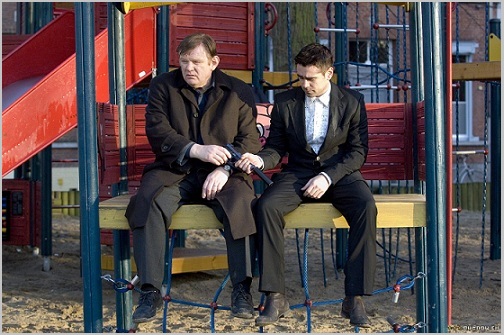 “Lovable hit men.”  If you have a hard time wrapping your mind around that concept, imagine what studio heads must have felt when writer-director Martin McDonagh approached them with the idea of making two assassins the heroes of his black comedy, In Bruges.

Whatever the reaction, it was a great day for filmgoers when McDonagh’s movie got the green light.  In this wacky yet poignant (yes, poignant) film, Colin Farrell and Brendan Gleeson play Ray and Ken, two European hit men laying low in Bruges, Belgium.  Ray has accidentally killed a child, and the boss (Ralph Fiennes), for reasons known only to him, has ordered his two hapless killers into hibernation.  Bruges is an ideal layover for middle-aged Ken, who digs its medieval architecture and relative freedom from tourists.  For the younger, more impetuous Ray, however, the old city is anathema.  “Ray, you’re about the worst tourist in the whole world,” complains Ken.  “If I’d grown up on a farm,” rejoins Ray, “and was retarded, Bruges might impress me.  But I didn’t, so it doesn’t.”

The first ten minutes of In Bruges – even on a second viewing – had me laughing out loud.  This is something I rarely do when watching movies.  The film is gleefully politically incorrect, with targets ranging from American tourists to obese people to dwarves, but I wouldn’t call it mean-spirited.  And Farrell and Gleeson make an extraordinary movie team; this is Laurel and Hardy with silencers.

That “lovable hit men” concept could not have been easy to pull off.   A deft touch was required, and McDonagh strikes a perfect balance between light and dark.   In Bruges has bad guys galore, but these villains are all cursed with consciences and warped honor codes.  “You’ve got to stick to your principles,” says Fiennes, right before pulling his trigger.          Grade:  B+ 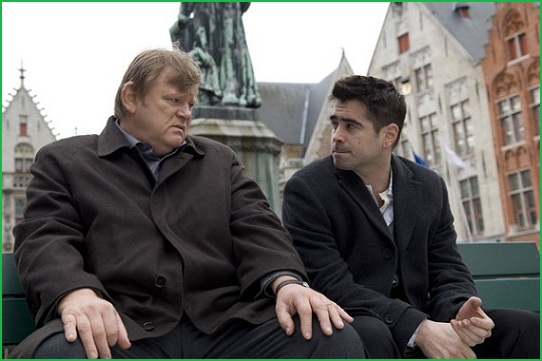 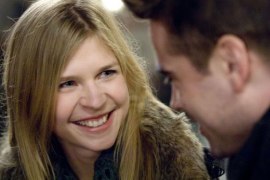 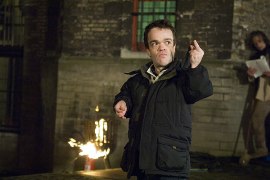 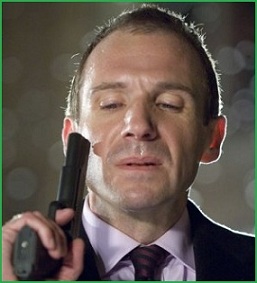