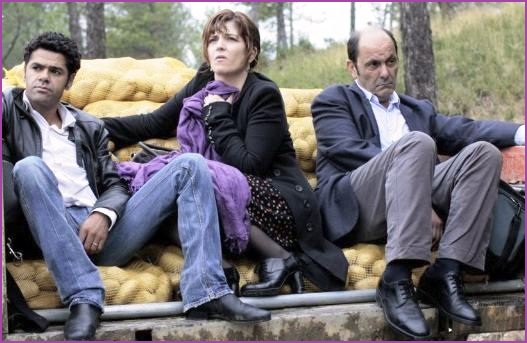 Imagine a famous feminist – say, Gloria Steinem – sitting down with two filmmakers to do a serious interview about her life’s work.  But there’s a catch:  Her interrogators are Adam Sandler and Will Ferrell.

How you react to that scenario will likely color your view of Let It Rain, a French comedy from writer-director Agnes Jaoui.   Is this movie a satire, in which an uppity woman receives her well-deserved comeuppance?  Well … yes.  Is it social commentary that underscores the kind of obstacles, ignorance, and frustration a serious person must leap-frog to effect meaningful change?  Yup, that too.

In Let It Rain, Jaoui, who also stars as best-selling author and feminist Agathe Villanova, straddles the fence between heavy and light, but she never falls off because her main concern is people, not ideology.  The relatives and locals Agathe copes with on a visit to her hometown are largely indifferent or hostile to her cause, certainly.  But isn’t Agathe also a bit full of herself?

Jaoui the director subjects Agathe to one slapstick situation after another, usually at the hands of those two inept filmmakers.  Everyone else Agathe encounters appears to be down-to-earth and friendly, you bet.  But don’t they all owe something to people like Agathe, people who don’t just complain but actually accomplish things? Isn’t Agathe really an island of common sense among fools and dreamers?  Or is she just a pompous ass?

There is a scene near the end of the film in which Agathe has a heart-to-heart with Mimouna, a saintly, long-suffering family servant who thinks only of others, despite major problems of her own.  “Think of yourself.  Just a little,” counsels Agathe.  Does Mimouna’s rejection of this advice make her an exemplary human being, or just a sap?  Will I ever stop asking questions in this review?

There’s a lot of chat in Let It Rain, and its ending is a bit pat, but the dialogue is never less than amusing, the characters are all engaging, and the acting is first-rate. The movie injects feminism with something its critics say it sorely lacks:  a sense of humor.  Jaoui wants you think – but only between the laughs.           Grade:  B+ 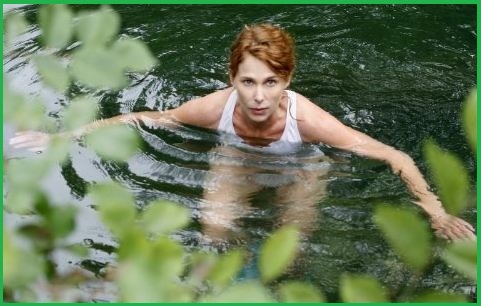 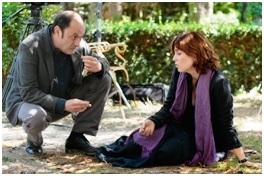 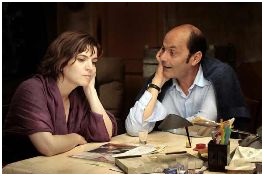