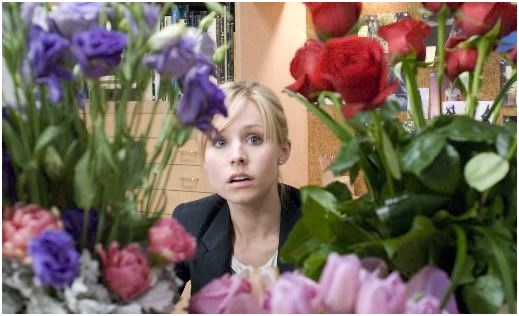 What I do understand is bad writing, and When in Rome is drowning in it.  The film contains a fair amount of slapstick, but there is a difference between clever-funny and stupid-funny.  I take that back, because the jokes in Rome are 100 percent stupid — no funny whatsoever.  But I take that back, as well, because there is an amusing bit of dialogue in a wedding scene, when the minister mistakenly says, “Do you take this woman to be your awful wedded wife?”  Oh, wait.  That line is stolen verbatim from Four Weddings and a Funeral.

There are a few good things about the movie.  Kristen Bell, as art curator Beth, is cute, likable, and quite adept at physical comedy.  Her romantic costar, Josh Duhamel, is suitably handsome, affable, bland … and looks as though he can’t believe he’s been cast as an ex-jock in a screwball comedy.  Old pros Danny DeVito, Anjelica Huston, Don Johnson and Peggy Lipton do not embarrass themselves, although DeVito comes close.

When in Rome has one outstanding attribute.  Over the past decade or so, Hollywood movies have gotten longer and longer, trying audience patience with stories that take much too long to tell.  When in Rome, blessedly, clocks in at a paltry 91 minutes.  That proves that there is a God.  And I’ll bet God prefers Roman Holiday to this mess.        Grade:  C- 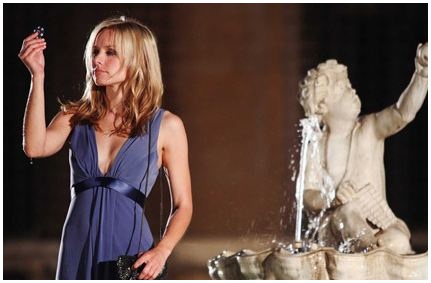 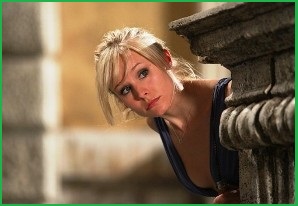