Correct me if I’m wrong, but if you set out to satirize something, shouldn’t your movie be a bit smarter and wittier than whatever it is you’re satirizing?

I’m old enough to remember the 1980s (vaguely) and its films, and one thing I recall is that comedies back then didn’t rely exclusively on flatulence, bodily fluids, arrested development, and foul-mouthed mean-spiritedness for 99 percent of their humor.  Granted, a lot of the ‘80s movies were garbage — but they didn’t smell as bad as Hot Tub Time Machine.

God knows the ‘80s look awful enough in this film.  From the dreadful sitcoms on background TVs to the stick-your-finger-in-an-electrical-socket hairdos, it’s easy to see why the four characters who get magically transported back to 1986 want so desperately to return to the present.  Not so easy to understand is why John Cusack, an actor I once admired, now seems to be in a race with Robert Downey, Jr. to see who can taint his acting legacy the fastest.  Faring better than Cusack is gentle-giant Craig Robinson, who is featured in the few scenes in Machine that are genuinely funny.

Time-machine comedies can work.  For evidence of that, you need only go back to, well, the 1980s (Back to the Future).  But as I stared, glassy-eyed and foggy-brained, at this mess of a movie on DVD, I was happy that I had my own time machine – the fast-forward button on my remote.      Grade:  D- 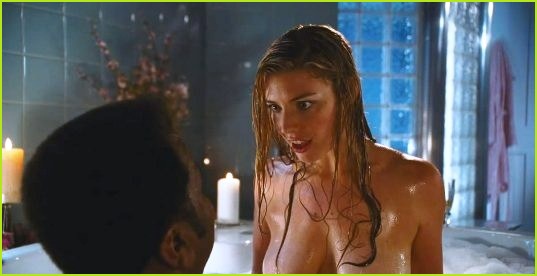 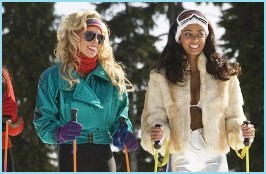