Free Flick of the Week: “Hope and Glory” 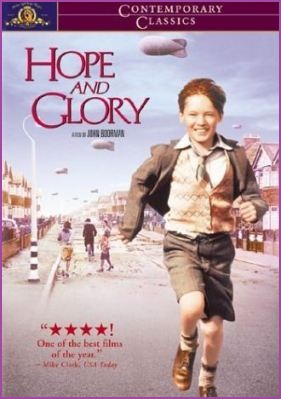 I have to make a confession:  I have not seen this week’s movie, Hope and Glory.  Sometimes, during my search for free, quality films on the Internet, I can’t afford to be that selective.  However … nearly all critics fell in love with this 1987 autobiographical tale from director John Boorman, in which he details family life in World War II England.  My ex-wife also liked this film.  You could argue that, having once-upon-a-time married me, she’s already exhibited bad taste, but I think she might have been more discerning about films than she was about husbands.  Watch it free by clicking here.