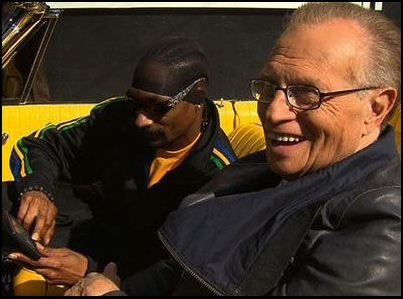 Seems clear that Larry King is out to convince the rest of us that the male midlife crisis does not strike until one reaches age 76.  Last night, Larry was on CNN talking to Willie Nelson about the joys of smoking pot.  A few weeks ago, the King of swing was out joyriding in L.A. with Snoop Dogg (above).  And now he is all over the gossip rags for allegedly having an affair with his wife’s younger sister.

Who says life begins at 40? 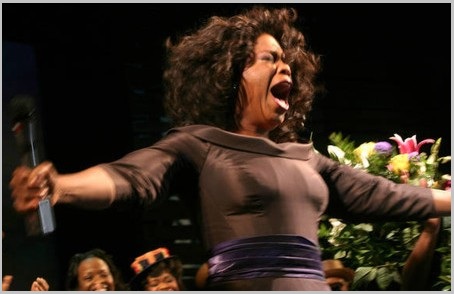 Apparently Entertainment Weekly doesn’t consider the male of the species to be American, because I have a hard time believing that many (straight) men consider Oprah Winfrey to be their “best girlfriend.”

Some years ago there was a news story about a woman who suffered seizures whenever she heard Mary Hart’s voice on Entertainment Tonight.  Seemed unlikely at the time … but now I believe it, because I find myself uncontrollably frothing at the mouth every time Kim Serafin shows up on CNN’s Showbiz Tonight.  Why can’t this woman hold her head still?  Her bobble-head is driving me to distraction.