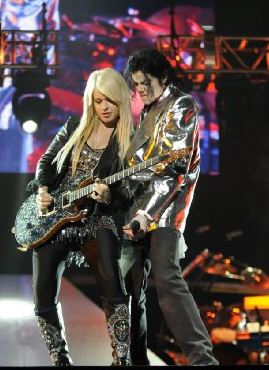 According to the blurb on the DVD of this documentary, This Is It offers a “raw and candid” look at the legendary Michael Jackson as he rehearsed for, alas, his never-to-be final concert tour.  But here is the “raw and candid” footage we actually get of Jackson’s rehearsals:  Every five minutes or so, Jackson mutters a few incomprehensible comments to his director from the stage; in brief interviews, numerous dancers and crew tell us how much they adore Jackson; he dances a lot, and sings portions (never the entirety) of his hit songs.

I don’t believe I can be accused of being anti-Jackson because, whatever his politics and personal life might have been, I was a fan the minute he and his nappy-headed brothers (hello, Don Imus) burst onto the scene in 1969, bubble-gum rocking their way into my 12-year-old soul.  Hell, I even liked young Jackson’s love song to a rat, the unjustly neglected “Ben.”

But this documentary reeks of exploitation.  Jackson was a perfectionist.  There is a reason professionals rehearse; they want audiences to get the best possible final product.  This mishmash will appeal strongly to die-hard Jackson fans and wannabe choreographers, but for the general Jackson fan, this ain’t it.       Grade:  C-