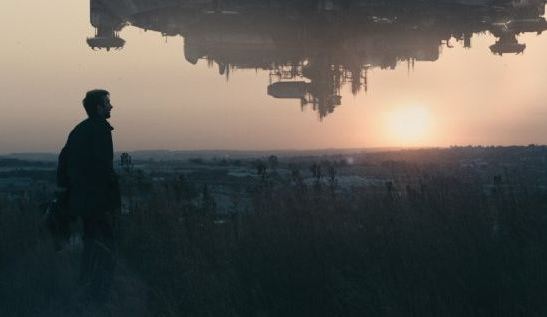 It must suck to be a professional film critic these days.  The critic goes to college, learns about Bergman and Hitchcock and Ford … and then spends 90 percent of his career reviewing junk aimed at 14-year-old boys.  So when the film critic catches sight — just a glimpse! — of something adult or meaningful in a movie, he tends to go overboard with praise.  I can think of no other explanation for the absurdly high rating accorded District 9 on rottentomatoes.com.

The movie does begin well.  Here we have a science-fiction film that appears to actually say something about illegal immigration, or apartheid, or some other social issue, with an analogy that shows mankind’s shabby treatment of predator-like aliens who become stranded in South Africa.

But producer Peter Jackson and director Neill Blomkamp haven’t forgotten who butters their bread — those aforementioned 14-year-old boys.  And so District 9 quickly devolves into a routine chase movie, a shoot ’em up with jerky special effects.

Was the ending supposed to be poignant?  I was just happy that the damned thing was finally over.     Grade:  D